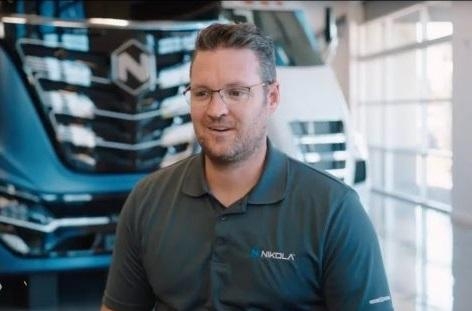 Milton owned 25 percent of Nikola’s outstanding shares at the end of July.

Shares of electric-truck maker Nikola Corp plummeted as much as 30 percent on Monday after its founder Trevor Milton stepped down as chairman following allegations of nepotism and fraud by a Wall Street short-seller.

Short-seller Hindenburg Research claimed that it had evidence to prove that Nikola and Milton made false claims about proprietary technology to attract partnerships with large automakers.

Hindenburg also alleged that Milton appointed his brother, Travis, to lead a company unit even without substantial experience in the sector.

Milton insists that the allegations, which have drawn interest from US regulators, were false.

Milton owned 25 percent of the company’s outstanding shares at the end of July.

In his resignation letter, Milton said that the focus should be on the company, and not on him.

The company said that Milton had agreed to give up all the 4.9 million performance-based stock units he was given as well as the option of a two-year consultancy agreement, which would have earned him $20 million.

Meanwhile, Nikola named former General Motors (GM) vice-chairman Stephen Girsky, who is also a member of Nikola's board, to take over as chairman.

GM, which would receive an 11 percent stake in Nikola under a partnership, would work with Nikola to close the deal.