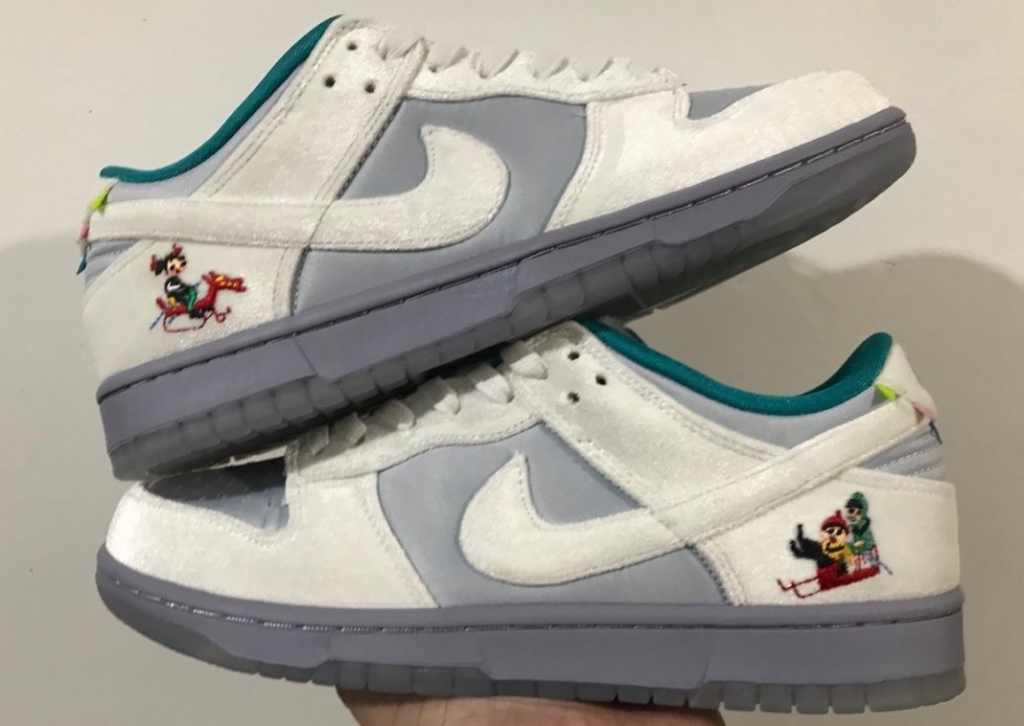 The Nike Dunk Low "Ice" is set to drop on Nike SNKRS and select retailers in the coming weeks.

Nike will be releasing the special edition Dunk Low for the winter season inspired by the annual Harbin International Ice and Snow festival located in Harbin, China.

The Nike Dunk Low Ice sneakers have a grey satin base with matching velvet overlay panels.

It has embroidery of children playing in the snow on the heel counter and left toe box while the text reading "Ice" in Chinese appears on the insole.

The shoe has colorful flags on the heel, an icy translucent outsole covered in snowflakes, fur tongues, and a blue stain sockliner atop a Grey midsole.

The Nike Dunk Low "Ice" is set to drop on Nike SNKRS and select retailers in the coming weeks.

There is yet no information on the pricing and release date information.

Harbin is the largest ice and snow festival in the world.

Throughout January and February, Harbin would be filled with hectares of illuminated ice buildings and sculptures during the festival.