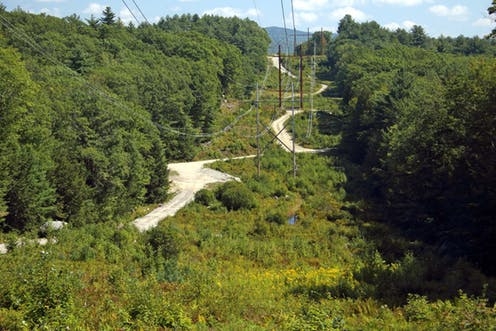 A rich diversity of animals thrive in these rights-of-way. Author provided 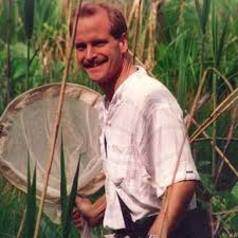 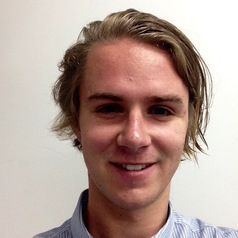 To many people, power line corridors are eyesores that alter wild lands and landscapes, even if they are necessary sites for transmission lines that deliver electricity.

But ecologically, the swaths of open, scrubby landscapes under transmission lines support a rich and complex menagerie of life, absent in the woodlands and forests that bound them.

In New England, where my co-author and I are based, these corridors sustain native animals and migrating birds and insects including dozens of bees, one of which is so rare it was thought to have been lost decades ago from the United States.

My colleagues and I have walked power line corridors for more than three decades, recording the butterflies, birds and bees that thrive in these sunny openings. I was drawn to them when I began working at the University of Connecticut. Often with my young daughter in tow, I would walk there to see plants and wildlife that were absent from the forests that dominated New England.

During the summer of 2017, I and a team of researchers including bee experts and undergraduate students surveyed bee communities at 27 randomly selected sites along an 89-mile transmission line corridor spanning three New England states from Connecticut to New Hampshire. Each site contained a pair of sister plots, one within the corridor and the other within the adjacent forest. This allowed us to directly answer the question: Which provides better habitat for bees, corridor or forest? 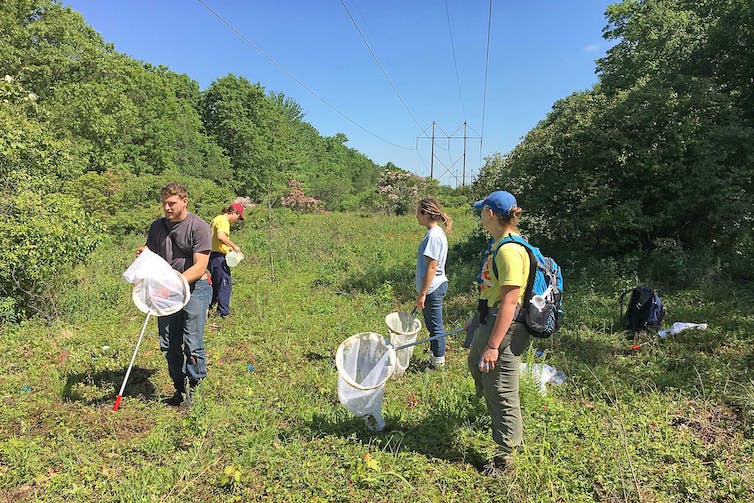 What used to be there

The decline of New England farming in the 20th century dramatically diminished the open acreage of what we ecologists call early successional habitat, which provided unique plants and cover for wildlife. Successional habitat is land like old pastures, fields and beaver meadows where grasses, small shrubs and trees grow. In New England, for example, they contribute to the persistence and resilience of many species such as spadefoot toads, box turtles, New England cottontails and birds like towhees.

More than half of state-protected plant and animal species in New England are thought to be dependent on the early successional habitats commonly found along transmission line corridors for feeding, nesting or mating.

Making a beeline for nectar

Despite being separated at times by a mere 30 feet, forests and transmission line corridors differ tremendously. In a recent study, we found that the sunny, open corridors held nearly 10 times the number of bees and twice the number of bee species as compared to forested plots, where nectar becomes scarce by the end of May.

The diversity of bees found along the corridor was eye-opening. More than 200 species of wild pollinators, half the known species for the entire New England region, were buzzing around the 27 survey plots. 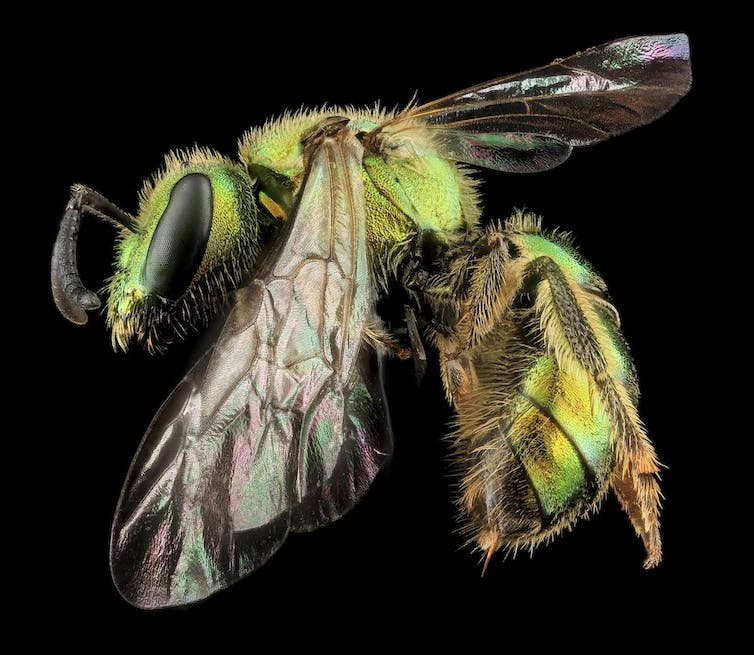 In doing research over many years, our team made collections of two of the most seldom seen bees in North America, both legally protected in one or more New England states, including the silver-and-black haired bee Epeoloides pilosula. Until a decade ago, this species was believed to have been eliminated from the region until it was rediscovered first in Nova Scotia in 2002, and then along a power line corridor in Connecticut in 2006.

One of these is the fetching Karner blue butterfly, which was named by Vladimir Nabokov, the famous Russian novelist and poet. The caterpillars of this butterfly feed only on lupine, also known as blue bonnets to Texans, a wildflower that thrives along some power line corridors. The sky-blue butterfly is imperiled across its range and, as such, receives protection under the federal Endangered Species Act.

The iconic monarch butterfly, which has been in steep decline across North America, is also a denizen of these rights-of-way. The open sunny conditions are favorable for the larval food plant milkweed, upon which monarchs lay their eggs, and the abundant blooming goldenrods along the power line corridors that provide nectar for the Mexico-bound migrating adults each fall. 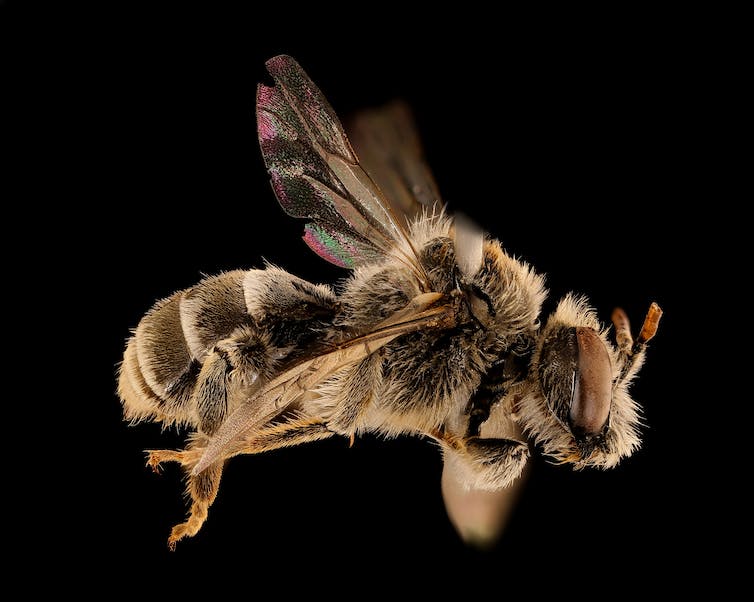 Epeoloides pilosula was rediscovered in a power line transmission corridor in 2006. Author provided

One surprising finding from our recent study was that there is no single ecological factor that made a site along the corridor better for bees.

Our research group tested for associations between pollinator diversity and more than a dozen ecological factors that we thought should relate to bee species richness and abundance, including the diversity of plants at each site and whether or not the land was managed with herbicides.

We found that one can locate or create high-diversity pollinator habitats in any New England state as long as the land is managed to maintain an open canopy and has a sweep of nectar resources.

Where the wild things grow

We no longer live in a world where nature and humans are separate.

While many lament that power line cuts mar an area’s aesthetics, these corridors harbor a gamut of beautiful creatures – ranging from the blue fritillary butterfly, the multicolored tiger beetle and a rich array of metallic blue and green bees. The avian life that is found in these corridors is noteworthy, too – indigo bunting, eastern bluebird, prairie warbler, blue-winged warbler and yellow-breasted chat.

Power line corridors are examples of the coexistence between the needs of humans and nature. These rights-of-way may play a special role in the future as migration corridors for plants and wildlife that need to relocate as a consequence of climate changes. Through urban and suburban areas, transmission line corridors could prove to be the only undeveloped native communities through which wildlife might disperse safely.