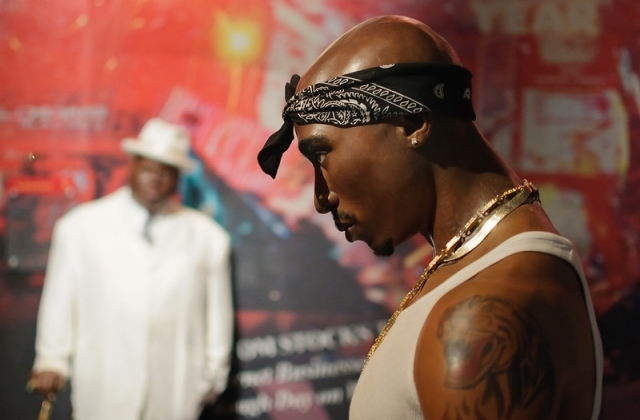 Tupac Shakur NFT series is set to be launched to celebrate his early years. The legendary hip-hop artist lived a short life, but it was remarkable, and this will be shown in the non-fungible tokens that will be sold via Kalamint, a Tezos based NFT marketplace.

It was not mentioned when exactly the Tupac Shakur NFTs are arriving, but they will be available “in the coming months.” It was added that the digital assets featuring the famous rapper are sourced from Darrin Keith Bastfield, one of Shakur’s friends in his younger years. Since the blockchain data is coming from him, Bastfield will have all the rights.

The Tupac Shakur NFT series will offer the buyers the rights to digital media about his life and career. This will be distributed using blockchain technology, and buyers may also redistribute the media they purchased.

The NFT collection will be released in a documentary that will show the artist’s life while still studying the last days of his life as a rapper. The documentary has been titled “Born Busy,” and it will come complete with interviews from Shakur’s former classmates, friends, and teachers.

According to BTC Manager, the NFTs will also offer a book titled “Back in the Day: My Life and Times with Tupac Shakur,” which was authored by Bastfield. It will have 18 chapters that will come separately with unique covers for each one of them. There is also the “Shakurspeare” screenplay, and interested parties can buy a first edition draft of this romantic comedy screenplay as NFT.

The Tupac Shakur NFT’s rollout will be done in a series of weekly pre-drops that will begin next week. The small releases will keep on until the actual day of launch for the whole series that was said to take place in December.

Meanwhile, as mentioned on NFT Evening, the Tupac NFTs will focus on his school days at the Baltimore School of Arts, where he formed Born Busy, a hip-hop group. Tupac Shakur was one of the biggest names in the American rap culture, but unfortunately, his successful music career was cut short when he was murdered in 1996.