‘My Hero Academia’ chapter 250 release date, spoilers: Plot predictions and where to read it 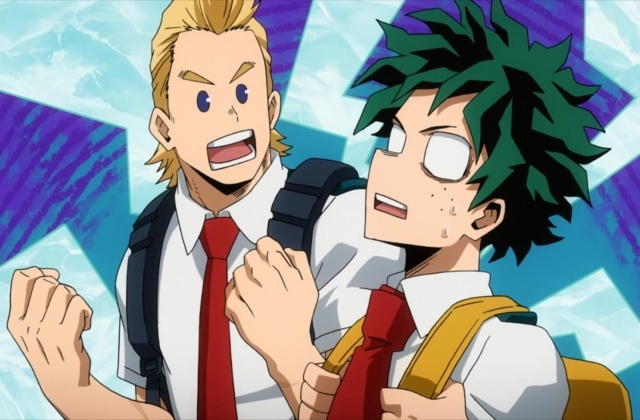 “My Hero Academia” chapter 250 is finally up after the previous story titled “The Hellish Todoroki Family” was delayed. The hold up was due to the manga writer Kohei Horikoshi’s leave as he took a short break to refresh his mind.

In any case, Comic Book reported that “My Hero Academia” is now closer to to the finale of the battle between the heroes and their rivals. The report noted that this major fight was building up since chapter 245, so fans can expect the peak of their ultimate fight to happen soon.

“My Hero Academia” is also called the “Boku No Hero Academia,” and predictions on the upcoming chapter 250 are here. Firstly, it was said that Midoriya and the rest of the team would continue to train so they can keep with Endeavor’s power and speed.

Also, it is possible that “My Hero Academia” chapter 250 will reveal what happened to Toya. Who is he exactly, and is he dead or just holed up somewhere? At this point, the villains are surely preparing for their battle against the UA heroes, and for sure, they will focus on how they can beat up their opponents.

Spoiler Guy further shared that “My Hero Academia” chapter 250 will let the fans know more about the vigilantes which appeared in the recent arc of the series. Everyone will know about Shota Aizawa as his backstory will be featured. His life before he became an official hero will be revealed.

Release Date and where to read it

“My Hero Academia” chapter 250 will be available on Nov. 17. Fans can see it on the no. 51 issue of the Weekly Shonen Jump, as per Otakukart. The site to visit is VIZ’s website, where fans can also read the previous chapters.

The raw scans of “My Hero Academia” chapter 250 will be out earlier so readers can already scan through the pages to get a glimpse of what will take place in the 250th chapter. Fans can check out these scan copies on Nov. 15 and get ready for some serious spoilers.