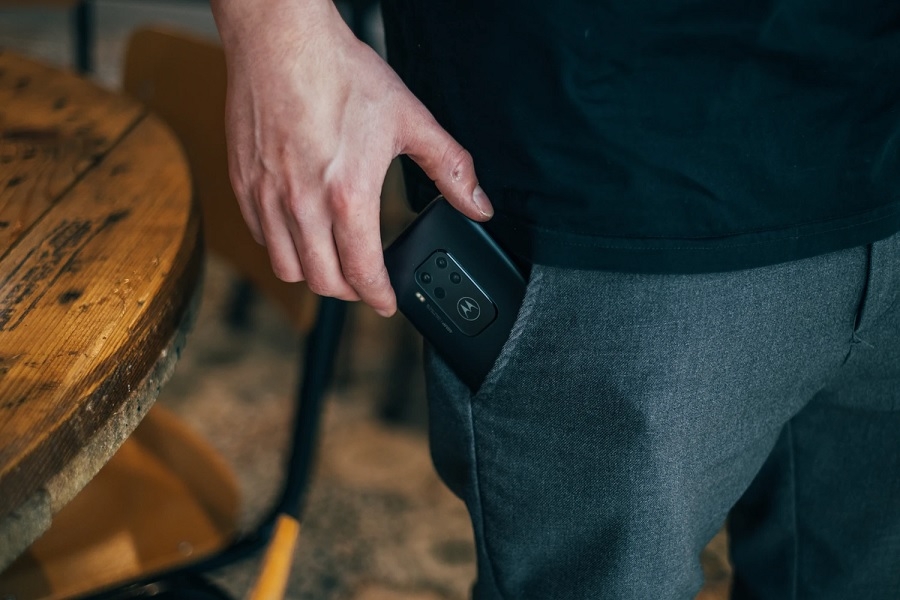 Motorola One Zoom is seen in the photo. | Photo by Jonas Leupe/@@jonasleupe (www.brandstof.studio) on Unsplash

The Moto G9 Plus has been one of the anticipated smartphones to be announced in fall, especially after its “Play” counterpart arrived in the market last month. It now appears that the entire specs sheet of the rumored smartphone was leaked by a European network carrier suggesting it will sport several upgrades for a small price increase.

Moto G9 Plus leaked specs: What are the upgrades from its ‘Play’ counterpart

Reports about the Moto G9 Plus came out as early as the day the Moto G9 Play was launched. Notable leaker Evan Blass shared some image renders of the upcoming smartphone suggesting it would have four cameras in the rear, including a 64-megapixel main sensor.

The same design appeared for the second time in what appears to be a leaked listing of Moto G9 Plus from the online store of Orange Slovensko, a mobile network company in Slovakia. In a screenshot shared by another journalist and leaker Roland Quandt, a blue color variant of Moto G9 Plus appears with almost all of its specs cited.

The specs sheet reiterate Moto G9 Plus would sport four cameras but does not mention the lens resolutions of the three other sensors. It does reveal, however, that the device would have a 6.8-inch Full HD+ display, which is an upgrade from the G9 Play’s 6.5-inch HD+ screen.

Bigger internal storage with 128GB capacity is also listed for the Moto G9 Plus, but it is unclear if that would be the only configuration available. However, the device would retain the 4GB RAM capacity also present in the G9 Play. Both devices will have a similar battery pack with 5,000mAh capacity and without 5G support.

The same source indicates that the Moto G9 Plus will come off the box pre-installed with Android 10. The leak, however, does not mention anything about its processing chip. It is one of the upgrades highly expected from the device. The G9 Play is powered by the Snapdragon 662, but the Plus model has been rumored to sport the Snapdragon 730.

If the processor rumor checks out and the information leaked from Orange Slovenska were later confirmed, the listed €255 (around $300) would be a fair increase from the G9 Play’s €169.99 price tag.

The leaked specs sheet is also missing other key details like the selfie camera and processor specs, so it should not be mistaken as an official announcement. But considering that this type of information plus the several leaked image renders have already emerged online, it would not be surprising to see the Moto G9 Plus announced in the coming weeks.