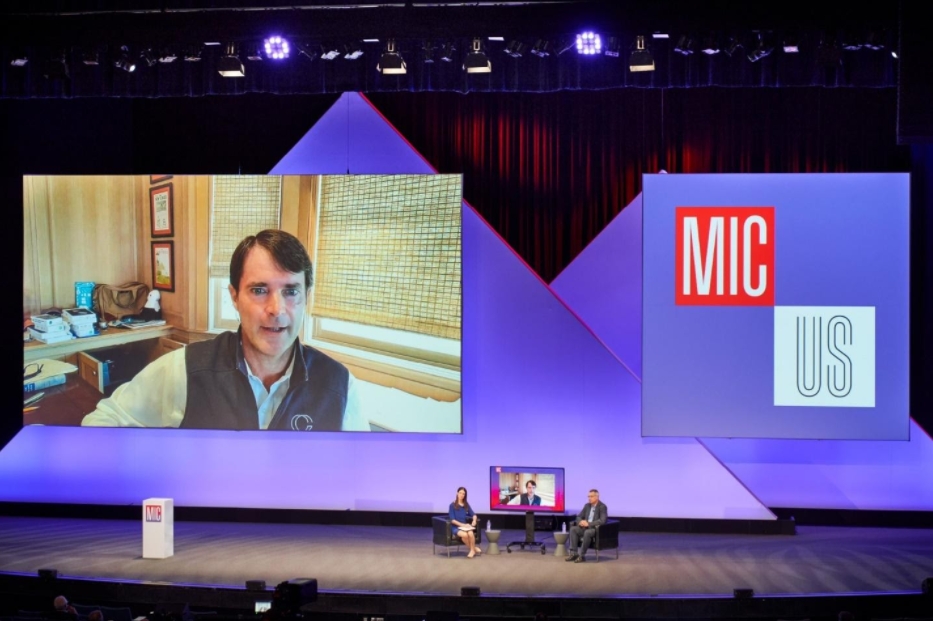 In the world of finance, change is a constant and disruption is the rule. Although investing has always changed with the times, the events of the 2020 pandemic and the resulting economic fallout led to more volatility in nearly every industry.

Financial executives, investors, startup founders, and other experts attended the 33rd annual Morningstar Investment Conference in September to share their opinions on the future of investing.

Dennis Lynch, who also goes by Marshall Lynch, is the head of Morgan Stanley Counterpoint Global. Lynch grew up in Rumson, New Jersey, and earned his Bachelor of Arts in government from Hamilton College in 1993. He subsequently earned his Master of Business Administration in finance from Columbia University Business School in 1998, with honors.

With over 27 years of experience in the industry, Dennis Lynch joined Morgan Stanley in 1998, serving as its head of Small and Mid Cap Growth Investing. Before his time at Morgan Stanley, Lynch worked for JP Morgan Securities as a sell-side analyst.

Dennis Lynch has a AA rating with Citywire and was named as a Morningstar Fund Manager of the Year. Today, he co-manages the $2 billion Morgan Stanley Institutional Reception Fund, which returned 150% in 2020.

Dennis Lynch co-manages large funds, but he doesn't like to be too cautious. Lynch tends to have a growth-forward style that looks for disruptive companies in tech, the internet, or health care. In his panel at the Morningstar Investment Conference, he shared three tips for investing in disruptive companies.

Savvy investors look for long-term trends, not fads. For Dennis Lynch, the difference comes down to persistence. What themes are in the market? What tailwinds are happening?

While trends are important, Lynch prefers to focus on the company itself. “Most of our analysis is focused on the company itself and why it might benefit or why it has a moat or a competitive advantage, as opposed to the trend itself.” After all, the trend doesn’t matter if there isn’t a disruptor poised to take full advantage of said trend.

While he also invests in public companies, Dennis Lynch looks for opportunities with private companies that are still in the early or growth stages.

“If you’re a large-cap growth manager and you’re not aware of the earlier-stage companies or even small companies that are already public, you run the risk that you don’t fully understand the competitive landscape that’s going to be emerging over the next three to five years,” Lynch explains.

While he looks for early-stage companies, Lynch acknowledges that they have different variables from large, public companies. For example, early-stage companies might not be cash flow–positive yet or have a proven plan to scale. Investors have to carefully weigh these factors to understand the full value of the opportunity.

3 - Have a Long-Term Profitability Plan

With the frenzy of funding around Tesla, Zoom, and cryptocurrency, Dennis Lynch shared his thoughts on which trends he sees as the most valuable from an investment perspective.

Dennis Lynch held Tesla stock for three years, waiting patiently to reap the rewards from his investment. However, after learning more about Tesla’s funding needs — and the needs of the electric vehicle (EV) market as a whole — Lynch pulled out of Tesla.

Although the company is doing amazing things with its technology, it burns through capital very quickly. For Lynch, Tesla was small, too speculative, and difficult to manage as an investor. There’s a constant need for capital, which requires never-ending financing. “You’re relying on the kindness of strangers to continue the business model,” Lynch says.

Ultimately, while Tesla is interesting and certainly is an innovator, EVs are a tricky area where it’s difficult for Lynch to identify a winner just yet.

Dennis Lynch has owned stock in Zoom since its IPO in 2019. This was a shrewd move, especially when the 2020 pandemic forced millions of people to ditch in-person meetings for Zoom calls. “We didn’t expect there to be a pandemic and that massive adoption would occur with the speed with which it did,” he says.

Although the platform has plenty of competitors, Lynch is optimistic about Zoom’s future: He says the presence of both corporations and everyday users on the platform is a big benefit. He does believe that Zoom will need to become more than a stand-alone solution to dominate the space, but as of today, it still has superior adoption.

Everyone loves to say that crypto is dead, but it continues to bounce back stronger than before. It’s a phenomenon that Dennis Lynch knows well: “Bitcoin’s kind of like Kenny from South Park. It dies every episode, and then it’s back again,” he jokes.

With investments in Square SQ and Bitcoin, Lynch acknowledges that crypto is still speculative, but it’s a productive asset for the future. It has “antifragile” qualities: In other words, crypto gains from disorder.

While Lynch acknowledges that the future of crypto is uncertain (“The government could just outlaw it; that’s one of the risks, of course,” he says), it's worth small speculation to hedge against uncertainty.

Disruption Is the Future

Although disruption, change, and technology are the standard going forward, Lynch’s measured approach to growth-focused investments still relies on data. “When I’ve made mistakes in this area, it’s because I’ve had an initial reluctance,” he says. But jumping in and taking a chance has led to amazing returns; after all, his calculated gamble on Amazon paid off. “That wound up being our best idea ever,” Lynch says.

In the next five years, Dennis (Marshall) Lynch predicts that e-commerce and software as a service (SaaS) models will continue innovating — especially in industries where adoption was initially slow. In a future where users demand more of the companies they frequent, Lynch predicts that user experience will reign supreme.