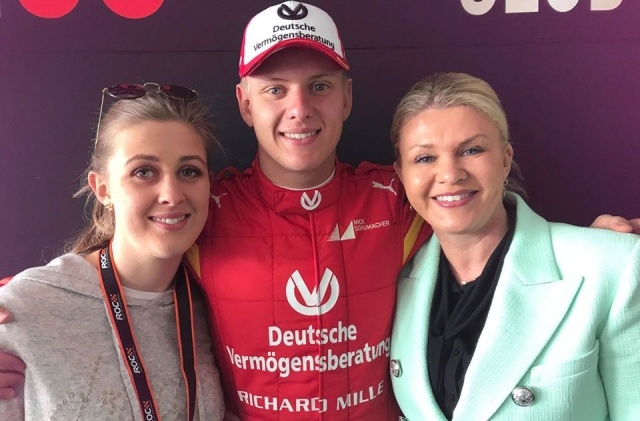 Michael Schumacher is a famous Formula 1 racer who rose to fame since winning his first F1 world championship in 1994. He went on to obtain eight trophies which placed him as the world’s no. 1 player in the F1 world.

He retired in 2012 but just several months later, he met a serious accident that rendered him paralyzed which most people believe he is until now. In December 2013, he went on skiing outing with his family but unfortunately, he got involved in an accident where he hit his head hard on the rock.

Schumacher was put into a coma to save his life and it was not known when he exactly woke up from that condition. Based on most reports, he came out of a coma after six months though this was not confirmed.

While Michael Schumacher obviously can’t race again anymore, his family is continuing his legacy by joining car races and emerging as winners. This proved that excellence in racing runs through their family. His son, Mick already claimed a win in the F2 race during the Hungarian Grand Prix in August and many said that he has a very promising career in the world of Formula One.

His daughter Gina is also into races but in Prancing Horse and she is emerging at the top as well. And with these achievements, Corinna, Michael Schumacher’s wife talked about her children and husband for the first time in a while, which is remarkable because she is known to avoid such discussions about her husband.

Corinna’s interview - A tribute to her husband Michael

According to UK’s Metro, Corinna granted an interview with Germany’s She Magazine. During the interview, she talked about Michael Schumacher. She said that she has a ranch and it was given to her by her other half for their 10th wedding anniversary.

She relayed that the ranch started her fondness for horses and eventually, their daughter Gina also got into horses. “I don’t forget who I have to thank for this,” she told the magazine. “That would be my husband Michael. When I was 30 and I dreamt of having a horse, he flew me down to Dubai in order to look at an Arabian horse.”

Gina also shared that her love for horses probably began because of her father and mother’s interest in horses. She is a gold medalist at the Reining European Championship and as she recounts her achievements, she mentioned her father by revealing the advice he once gave her when she first started riding a horse.

“When you drive a car, you can stick it in the garage afterward,” Schumi told his daughter as narrated by Gina herself. “But a horse needs to be looked after all the time, even on Sundays.”

Meanwhile, Michael Schumacher’s documentary is set to be released in December. His fans will get to know more about his health condition as this is the first time that his family will finally address it and probably reveal some details.