Michael Schumacher: Long-time pal says he is not lying when gives update about Schumi’s health condition 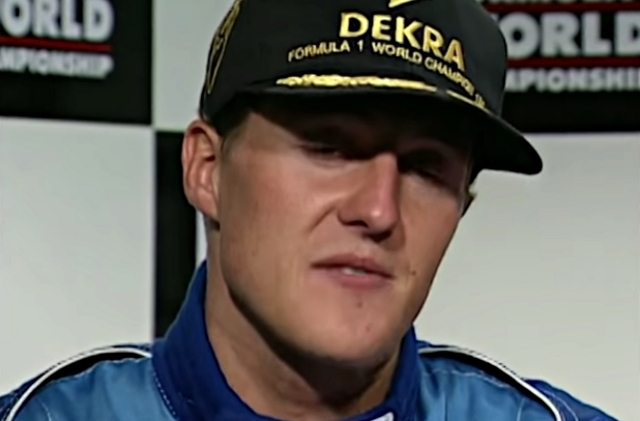 Michael Schumacher has not made any public appearance yet since his freak accident in 2013. His family also chose to keep everything about him a secret and refused to divulge anything related to the F1 champ’s health.

Then again, Schumacher’s fans can get some updates from time to time, and it’s all thanks to his close friends who are allowed to visit him in his home in Switzerland. He is believed to be confined to his home and receiving treatment there complete with his own medical staff of nurses, doctors, and other health experts.

How is he today?

Previously, in July to be precise, Michael Schumacher’s former boss and close pal, Jean Todt, said that his friend’s health improved, and in fact, he can now watch TV. Todt, who is also the current head of FIA, revealed through a radio interview that he personally saw Schumi watching TV because he was there when it happened, and they watched a race together.

"I'm always careful with such statements, but it's true,” Todt told Radio Monte Carlo via The Scottish Sun. “I saw the race together with Michael Schumacher at his home in Switzerland," "Michael is in the best hands and is well looked after in his house. He does not give up and keeps fighting."

Now, last week, The New Straits Times reported that Todt spoke up again about Michael Schumacher’s health and shared that he remained hopeful that he and the F1 legend will be able to attend a Grand Prix race together again. He then reiterated that Schumi is continuing to fight every day and never giving up. Todt also made it clear that everything that he has been sharing about the condition of his friend is true, and he is not lying in any way.

Meanwhile, it was reported that Michael Schumacher received a stem cell therapy last month. I was done in Paris, but his family or the hospital refused to confirm anything. However, the doctor who performed the treatment released a statement suggesting that the reports could be true after all. His condition after the procedure is unknown.