Michael Schumacher Health News: All the ‘Insider’ Updates Reported About the F1 Icon’s Recovery in 2018 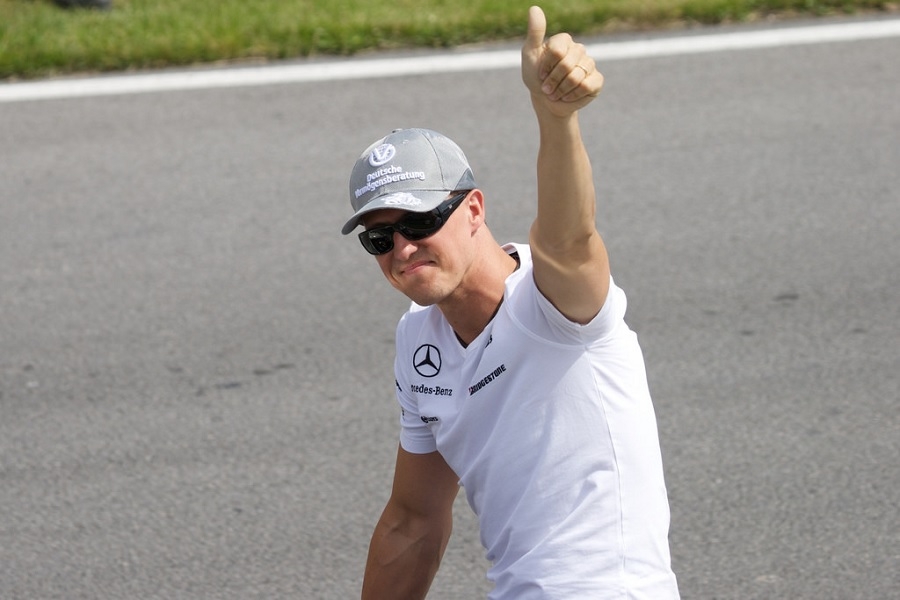 It will soon be five years since the Formula One icon, Michael Schumacher, met an unfortunate skiing accident during a holiday family vacation. It sent him to a coma within the first few months following the incident. Since then his family has firmly stood against providing any details of his health recovery to the press.

However, like in many cases of world-renowned personalities, Schumacher’s name has still been in the headlines following reports from supposed “insiders” of various publications after five years. In 2018, there have been several reports citing information from unnamed relatives and fans who allegedly had contact with the Schumacher family.

One of the biggest updates Schumacher fans received this year came from an article in the Paris Match magazine. The publication reportedly interviewed relatives of the retired F1 world champion who recently visited their family home in Switzerland.

The report claimed that the Schumacher family is focused on supporting Michael Schumacher’s recovery by providing him with the best medical help they can get. They are purportedly employing as many as 15 doctors and specialists to assist in his therapy sessions with activities including exercises in the pool and driving a compact car inside their property.

The Schumacher relative insider also claimed that the former racing sports driver gets to go on some sightseeing in nearby Lake Geneva. “When you put him in his wheelchair facing the beautiful panorama of the mountains overlooking the lake, Michael sometimes cries,” the source added. Note, however, that the Schumacher family has yet to confirm these claims.

A couple of months later, another update came out through an avid fan who sent the Schumacher family a very unique gift. A bandleader confirmed with German magazine Bunte that he wrote a song titled “Born to Fight.” The CD was reportedly received by Michael’s wife, Corinna Schumacher, who later responded with a personal thank you note for the fan.

Though Corinna, as expected, did not give away any details about Michael Schumacher’s condition she seemed to be in very positive spirits. “We all know Michael is a fighter and will not give up,” she reportedly wrote.