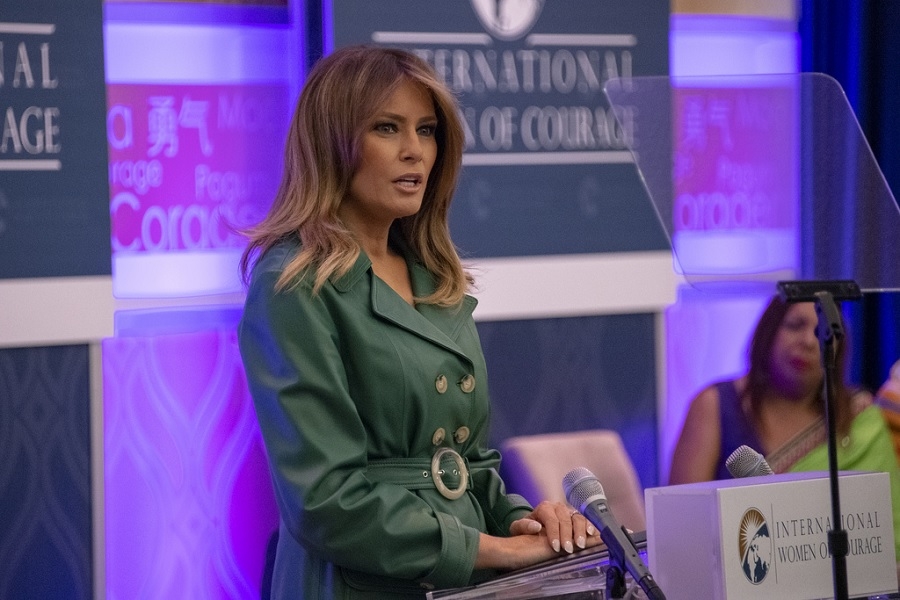 Modern first ladies in various countries choose their own campaign and advocacies they will be focusing on while they remain in office. As for United States first lady Melania Trump, she wanted to shed light on issues of bullying among young people and has launched the Be Best campaign.

Part of Mrs. Trump’s Be Best campaign is to visit various communities across the United States and meet with children who are the primary subjects of her advocacies. She is also almost always with U.S. President Donald Trump for official functions in the country and abroad.

During these times, many people following the news are also likely looking forward to seeing what stylish outfits will Mrs. Trump wear during official events. It is not surprising that many would look for fashion inspiration from the first lady considering that she used to be a successful model before meeting Donald Trump.

Daily Express recently reported that some of the most remarkable outfits that Mrs. Trump was seen wearing in public for the entire month of March would have a total cost of around £20,000 or more than $26,000. It is important to note, however, that the first ladies before Mrs. Trump were also known for wearing pieces from top fashion brands.

The same report listed some of the most notable outfits, shoes, and accessories that Mrs. Trump reportedly wore in functions and events she attended last March. One of the most pricey items was the purple coat by Bottega Veneta she wore in a tour in Oklahoma that purportedly sells for around $6,699. Express also took note of a pink jacket from Emilio Pucci that is reportedly priced at around $3,200. In early March, she also wore an Alexa Chung coat that costs $1,585.

Now, people might also be worried that these gorgeous fashion choices might be causing the taxpayers some serious monthly bills. But it can be recalled that Mrs. Trump’s office has already clarified that the money paid for these high-end clothing and accessories are coming off of her own pocket. “She pays for all her own clothes,” the first lady’s spokesperson Stephanie Grisham previously told Bustle.