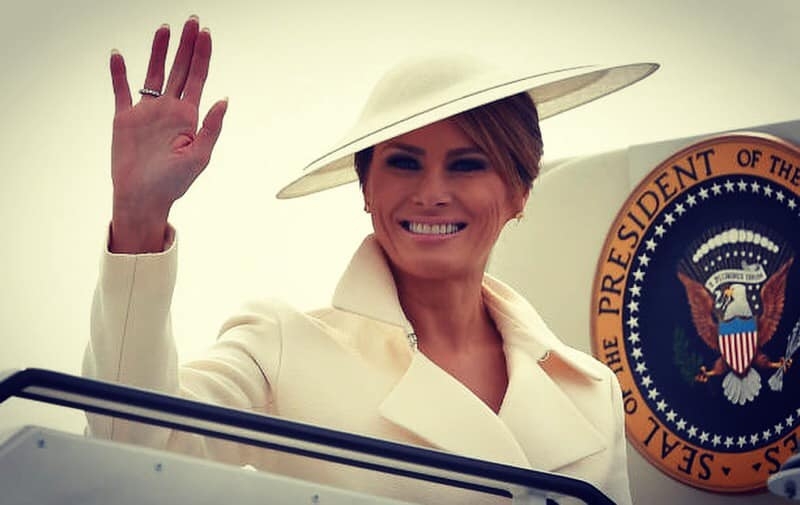 Melania Trump honored the International Holocaust Remembrance Day with a simple tweet to honor the victims and survivors. But netizens are divided on how to react to the FLOTUS’ tweet with some users admiring her gesture while others are criticized her for it.

On Monday, January 27, the whole world observed the International Holocaust Remembrance Day. To honor the millions who have died under the Nazi regime, Melania Trump posted a message on social media.

“On International #HolocaustRemembranceDay let us take time to honor the victims and survivors, and vow to combat all acts of evil against humanity. #WeRemember,” the FLOTUS posted on her official Twitter account.

However, some netizens took it as a chance to post some harsh criticisms on Melania Trump. For instance, there were social media comments saying that they want to oust President Donald Trump from office, Express reported.

“And FIRST AND FOREMOST we can combat this by voting your husband OUT OF OFFICE!!!” one Twitter user commented. “This is the best way to combat evil!!!”

Another Twitter user is of the same opinion but posed his comment as a question to Melania Trump. “Sooooo, this means your supporting the impeachment of your husband?” Samuel wrote on the social media platform.

“The evil we need to combat has your last name,” @MtgMistress wrote. “Would you help? ... Oh, right, you don’t care.”

There are even those who doubted the FLOTUS’s sincerity when she made the post. “As a Jew, I would think this to be lovely had someone who meant it wrote it,” Bobbie wrote. “Coming from the Trump family I doubt she wrote it.”

However, not everyone criticized Melania Trump for her post. In fact, there are some netizens who praised the First Lady for remembering and posting the message.

“Thank you @FLOTUS for always rising above the sewage,” Twitter user @luvmywings1 posted. “I have a friend who survived the holocaust and she is truly an amazing woman. #WeRemember”

“On International #HolocaustRemembranceDay Thank u, Melania, for honoring the victims and survivors of the Holocaust and vow to combat all acts of evil against humanity,” @mariah_prior wrote. “Also your post should remind us all the importance of loving one another to make peace in our nation.”

“Not sure how so many people take a tweet about #HolocaustRemembranceDay and turn it into something hateful, but, thank you for bringing attention to this day,” @lesprather. “And thank you for everything that you do for our nation.”