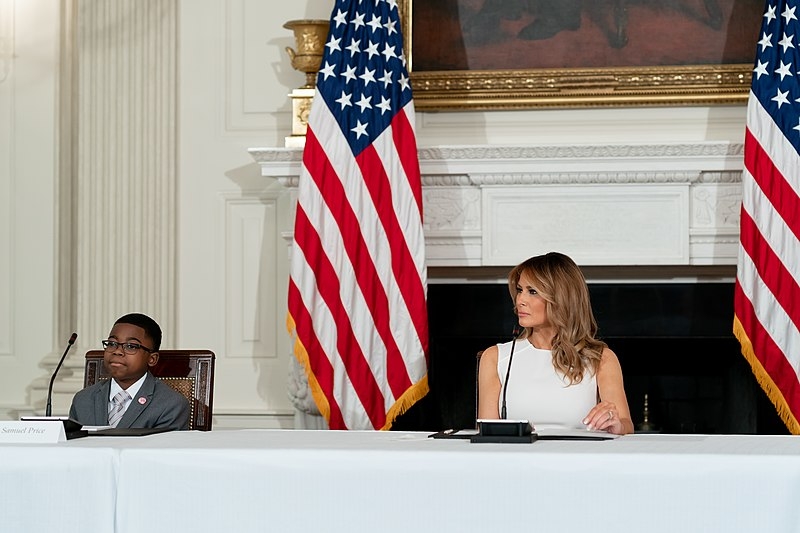 The upcoming weekend marks Halloween and first lady Melania Trump has seen to it that celebrating the holiday at the White House continues. Over the weekend, Melania opened the doors of the White House for children to go trick or treating this year.

A statement from the White House shared the festive Halloween event that was held over the weekend, five days earlier than Halloween itself. The executive residence was also decorated for the occasion. Children in Halloween costumes accompanied by their parents, as well as frontline workers and military families were present during the Halloween festivities that also had activities prepared by various government agencies and departments. Out of health and safety concerns, everyone over the age of two years old was required to wear a face mask and to practice social distancing.

The White House staff in charge of giving candy to the children were required to wear gloves and wore masks as well. The departments that have prepared activities for the attendees were asked to observe a “no-touch” approach. Both Melania and her husband Donald Trump met with the attendees and posed for photos.

Melania recently attended the second and final presidential debate between her husband and Joe Biden, marking her return to the public eye. Her attendance comes after canceling joining her husband on the campaign trail a few days prior because of a “lingering cough,” after contracting COVID-19 a few weeks before then.

Meanwhile, a recent photo of the first lady made the rounds over the internet with the speculations that Melania was using a body double resurfacing. This conspiracy theory has often circulated for years, especially if there is a slight change in her appearance. The most recent photo that brought up the conspiracy theory again was last week Thursday when she boarded Marine One on the way to the debate in Nashville. In the photo, Melania wore large sunglasses and had a very big smile on her face.

Although the theory does not hold up, users on social media went ahead and trended #FakeMelania. One particular user said that while they do not believe in the conspiracy theories, they know that the woman was not Melania because of the way she looked at a Christmas tree, referencing the taped conversations that were released, revealing her thoughts on decorating the White House for the holiday.