Melania Trump humiliated: FLOTUS criticized after advising people to go out and have some 'fresh air' amid coronavirus outbreak 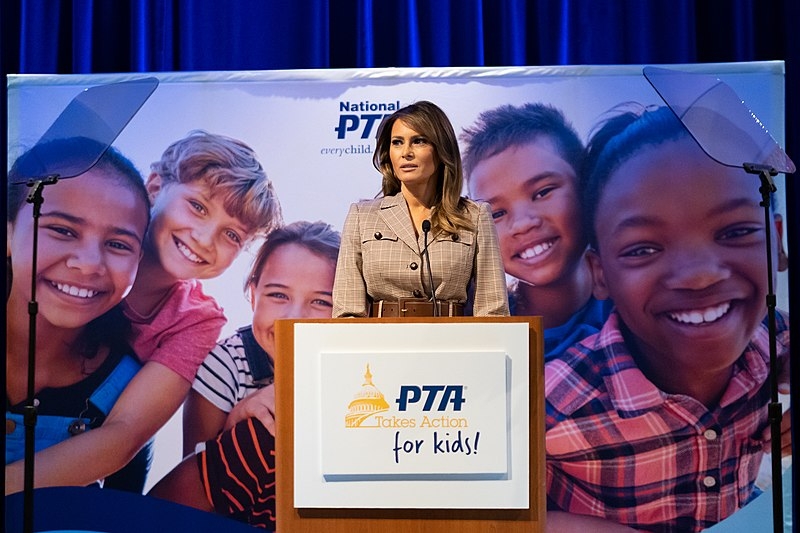 First Lady Melania Trump has been making an effort to become more visible in the midst of the coronavirus crisis in the country. As the country continues its social distancing period, Melania gives her own advice that is not as well-received.

Melania went on twitter recently and shared a photo of the cherry blossoms in Washington DC. In the caption, she suggested to go outside and take in some fresh air to enjoy the spring season. “If you are able, try to take a few moments to get outside & breathe some fresh air. Enjoy spring & beautiful nature! We all need to take care of ourselves so that we can try to take care of others,” tweeted the First Lady.

Her suggestion was met with criticism, especially as it came at a time where more and more deaths are resulting from the coronavirus. However, it bears mentioning that the World Health Organization has revealed that there has been no airborne transmission of COVID19. Nevertheless, it was still met with some backlash as more patients are having trouble breathing and the supply of ventilators continue to diminish.

One user brought up her husband Donald Trump’s accusation of the pandemic being a hoax created by the Democrats. Another user referred to the First Lady as clueless and some other users replied with sarcasm. “We’ll be sure to share this with the people waiting for ventilators in the ICU,” said producer Gailen David. One healthcare worker even responded, saying, “As nurses, we do not have time to get outside. Please beg your husband to commit doing something about this #COVID19 versus tweeting about ratings. People are dying.”

This is not the only thing the First Lady was criticized for as of late. She previously retweeted a tweet by the White House commemorating National Doctors Day to commemorate physicians who are currently serving on the front lines and tending to patients who are suffering from emergency cases of COVID19. Although the acknowledgment of doctors was there, netizens criticized both the First Lady and Donald Trump’s administration, pointing out the irony of the tweet when Trump reportedly accused healthcare workers of hoarding PPEs and medical supplies resulting in the shortage.