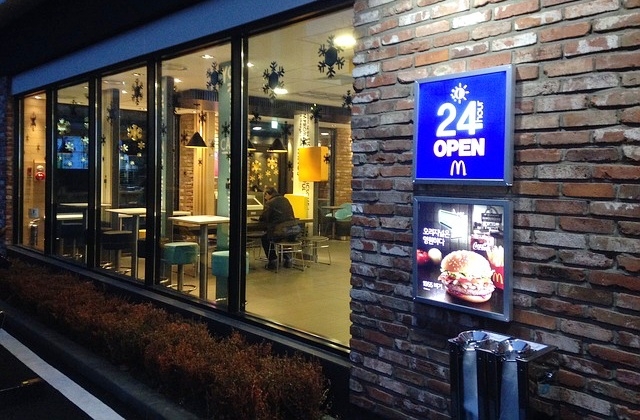 McDonald's has formally stopped its operations in Russia this month after temporarily suspending its business in March. With its exit, the fast-food chain has sold its restaurants to a local operator, and now it will be reopening under a new name.

According to Reuters, there is a list of possible names for McDonald's new brand in Russia, and one of them is reportedly "Fun and Tasty." This name surfaced after the company that took over the fast-food chain was said to have registered several possible brand news, including the one mentioned and "The Same One."

It was added that the trademarks registered with the country's Rospatent agency also included the names - "Just Like That" and "Open Checkout." The patent filings for the possible McDonald's new name in Russia were revealed on Friday, May 27.

If these names are approved, and the new owner of the burger joint finalizes their choice, it is expected for most of McDonald's Russian outlets to use that name and open with a new brand. McDonald's sold its business to a local franchisee as it made the decision to leave Russia due to the invasion of Ukraine.

The restaurants that McDonald's owns were sold to Alexander Govor, a local franchisee who owns 25 of the chain' restaurants. For other franchisees, they will be offered an option to continue operating their outlets by working under the new brand.

CNN Business reported that McDonald's announced its departure from Russia earlier this month. It is making this move in response to the subsequent sanctions after the Russian government deployed its military force to invade Ukraine, which many nations condemned the unprovoked act.

Meanwhile, McDonald's agreed to sell its entire restaurant portfolio to Mr. Govor. The company said that he has been one of their franchisees since 2015. The chain also acknowledged that its restaurants will be rebranded after the sale.

"The sale and purchase agreement provides for employees to be retained for at least two years, on equivalent terms," McDonald's said in a press release. "The buyer has also agreed to fund the salaries of corporate employees who work in 45 regions of the country until closing, as well as fund existing liabilities to suppliers, landlords and utilities."