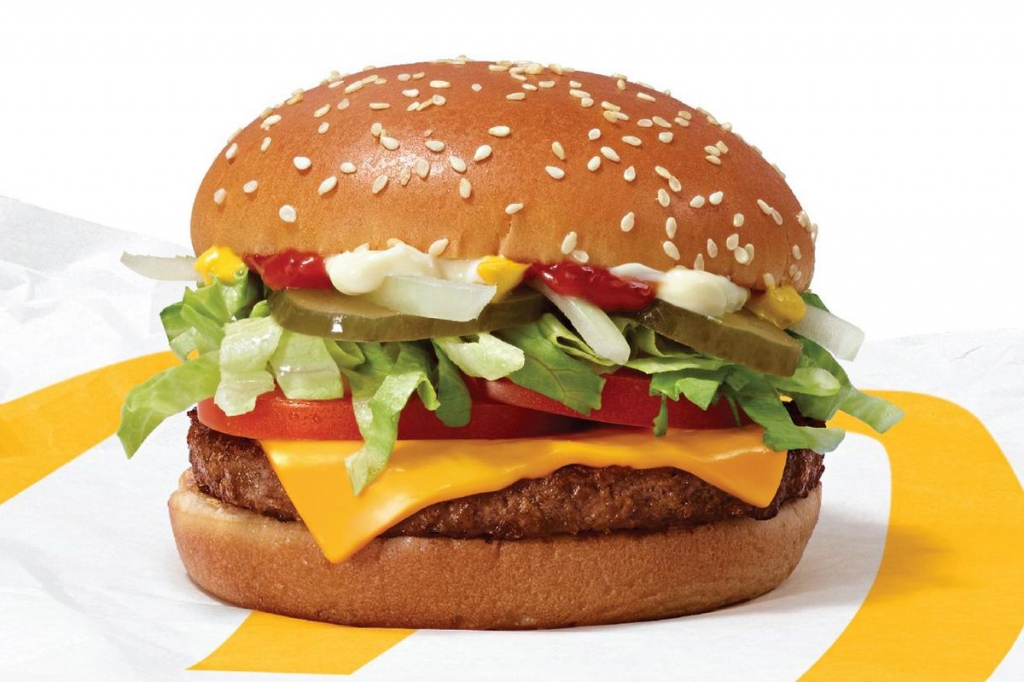 McDonald’s has been cautious in assessing the potential longevity of consumer demand toward meat substitutes, even as rivals like Burger King race to add the item to their menus.

McDonald’s will roll out the McPlant burger at around 600 locations in the San Francisco Bay and Dallas-Fort Worth areas for a limited time starting Feb. 14 to learn more about consumer demand for it.

The test began in November with just eight restaurants.

McDonald’s has been cautious in assessing the potential longevity of consumer demand toward meat substitutes, even as rivals like Burger King race to add the item to their menus.

Burger King added the plant-based Impossible Whopper to its menu over two years ago.

The patty for the McPlant burger, which mimics beef’s taste and texture, is made of peas, rice, and potatoes.

The burger, created as part of McDonald's partnership with Beyond Meat, is topped with mayonnaise and American cheese.

Beyond Meat, which represents just a small fraction of McDonald’s 14,000 US restaurants, sees the wider-scale test as a massive opportunity to impress consumers with its meat substitutes.

McDonald’s and Beyond announced a three-year partnership in February. The burger chain has already started selling McPlant burgers in some international markets, including the UK, Austria, Sweden, Denmark, and the Netherlands.