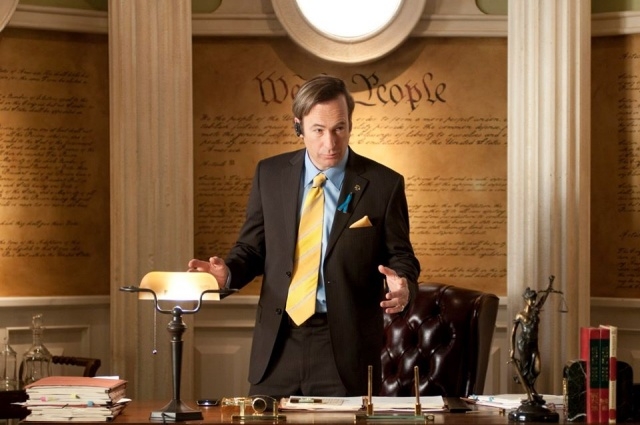 The sixth season of “Better Call Saul” has been confirmed to be the final run. And as the series concludes, it is expected to tie the loose ends and provide explanations on the things that are still uncleared for the viewers.

While fans do not want this drama to end yet, the producers have no choice because, from the beginning, their plan was really to end the show in five or six seasons. They explained that they do not want to go over the number of seasons that the original drama where “Better Call Saul” was based on.

It can be recalled that this show was created as a prequel to “Breaking Bad” that stars Aaron Paul and Bryan Cranston. The show ran for just six installments and there is no sign of its return despite the overwhelming request for it to come back.

What will happen in the finale? Big twist is up ahead

When the previous installment premiered, it was widely reported that Jimmy McGill, the main character, will be transforming to Saul Goodman, McGill’s original role in “Breaking Bad.” He is an Albuquerque-based lawyer who can be bad since he was a scam artist. He is also the type of lawyer who represents criminals and getting himself involved in criminal activities in the process.

Thus, in “Better Call Saul” season 6, it is predicted that his full transformation to his original character will take place. However, he is now married to Kim Wexler and at first, it was believed that she would be stopping McGill from becoming crook and lead the way to a clean life as a lawyer.

However, based on plot predictions, it will be the other way around. There will be a big twist of Kim Wexler becoming a crook herself rather than preventing her husband from becoming one. This was revealed through Rhea Seehorn’s interview with The New York Times.

She said that her character, Kim Wexler, will be a different person in “Better Call Saul” season 6. She said that she will be working alongside her husband Jimmy and together, they will fight Lalo Salamanca, a cartel leader. Kim will also devise a scheme that aims to bring down her former superior Howard Hamlin.

Meanwhile, filming for “Better Call Saul” season 6 has been halted due to the coronavirus pandemic. It has no premiere date yet and since filming has not resumed as well, its premiere will surely be delayed. Probably, the safest date is in early 2022.