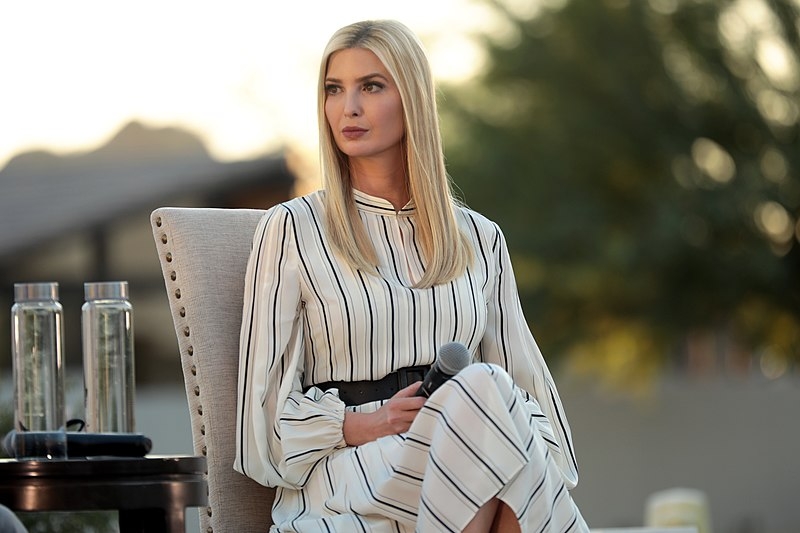 One of the most vocal critics of disgraced former President Donald Trump and his family is none other than his niece Mary Trump. Ms. Trump recently weighed in on the concept of a Trump political dynasty, explaining that the chances of her cousins Donald Trump Jr. and Ivanka Trump becoming the next US leader are unlikely.

Speaking with Business Insider, Ms. Trump said that her uncle may consider running for office again in 2024 after a bitter 2020 election, but it may also be the last time that a Trump may be involved in politics. This also includes her cousin Ivanka Trump, who served in her father’s administration as a senior adviser along with her husband, Jared Kushner. Ms. Trump shared how she initially believed her disgraced uncle may not consider running again after the “humiliation” brought on by the 2020 elections, but she said the situation has changed once the former president peddled his false claims of fraud.

Ms. Trump added that her uncle may think of running for president again if he thinks he has a chance. However, Ms. Trump also noted that the former president’s age, his health, and the number of civil and criminal investigations centered on him would become major hurdles for him if he did decide to run again. When it came to her cousins, Ms. Trump said that they lack the charisma of their father, including Ivanka Trump, who was often touted as a GOP frontrunner.

“I think she and her husband are more interested in staying away long enough in the hopes that people forget what horrible human beings they are, and then they have this fantasy that they’re going to be able to emerge into New York high society or something,” said Ms. Trump about her cousin.

In another interview with Salon, Ms. Trump, who is also a clinical psychologist and the daughter of Fred Trump Jr, also weighed in on the Republicans, her uncle included attacks on US President Joe Biden and the Afghanistan situation. Republicans were quick to jump on the criticism of Biden regarding the evacuation from Afghanistan, with several calling for his resignation. However, Trump had 5,000 Taliban prisoners released during his presidency and negotiated with the insurgent group along with former Secretary of State Mike Pompeo.

“Listen, I’m not an expert in Afghanistan by any stretch of the imagination, but the revisionist history we’re seeing is just appalling. It’s as if Joe Biden started the war seven months ago and just decided to pull out five minutes ago and that George W. Bush, Barack Obama, and Donald Trump had nothing to do with it. Simultaneously, they’re basically saying, ‘Just give us 20 more years and we’ll get there. Who cares how many other lives are lost, or how many more trillions of dollars we waste’” said the niece of the former president.