Luxury cars could be the government's best friend

Tesla owners are likely to be less price sensitive than most. Schwar/Flickr, CC BY-ND 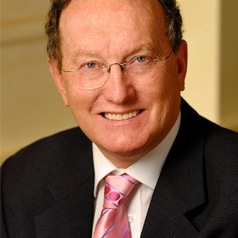 The federal government is searching urgently for additional tax revenue to help close the gap between its income and its spending. The problem is urgent as the stream of deficits seems likely to persist and the accumulation of public debt to continue unabated.

Income tax increases are already being targeted through bracket creep. GST, which would not help the Commonwealth budget under current rules, seems to have been pushed into the debate about federalism to take place after the election. There are big pushes on to raise the taxation of superannuation.

There has been very little discussion about other taxes and charges which the federal government might access. Labor has stepped in and suggested the tax on tobacco products might be pushed up. This opens up consideration of other tax changes in this broad revenue category. Tobacco taxation is usually regarded as a tax on a “bad” so that any reduction in consumption which results reduces the amount of harm done to the consumer. The end result is a tax increase that has a net positive effect socially. Alcohol consumption is also often treated as a “bad” and taxed in the same way as tobacco with a similar rationalisation.

The justification for taxes on luxury goods is different. There is a famous article: “Diamonds are a government’s best friend”, by Monash University Professor Kwang Ng about the taxation of diamonds. The key idea is that genuine diamonds are valued because they are expensive. This suggests that a tax which makes them even more expensive will actually increase their value to their owners by the amount the tax is increased by.

So we can ask, following the same idea, what would be the effect of increasing the luxury car tax?

Two issues arise. The tax is currently imposed on cars with a price exceeding A$63,184 (a bit higher for fuel efficient cars). The amount of the tax is 33% of the amount by which the purchase price exceeds A$63,184. If the rate was doubled, would it make the cars more attractive to buy and own so that the welfare of luxury car owners would rise (or at least not fall)? That is, are luxury cars like diamonds? Or would the number of buyers fall dramatically, so the tax would actually generate less revenue for the government. That is, are luxury cars like other goods whose demand falls as the price rises?

There is some evidence from the US which had a luxury car tax between 1990 and 2002 – a tax of 10% of the value above US$30,000. David Jinkins’ paper on conspicuous consumption found that:

“The luxury tax benefited nearly all Americans a small amount, but hurt the small fraction of consumers who love automobiles the most.”

This latter group, two in 10,000, is made up of individuals who love luxury cars but can no longer afford to buy them at the higher price.

In the process of repairing the federal budget, we need to increase revenue from a range of taxes. Increasing the luxury car tax needs to be included in the mix.

Luxury goods are unusual in that the person who buys them may actually appreciate that they are being made even more expensive as the result of a tax hike. There are not many goods like that.

Rodney Maddock does not work for, consult, own shares in or receive funding from any company or organization that would benefit from this article, and has disclosed no relevant affiliations beyond the academic appointment above.