Let's be clear about what 'get Brexit done' really means 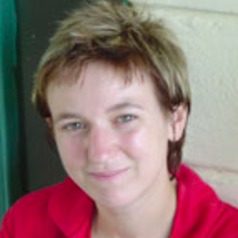 Boris Johnson has fought the 2019 UK election campaign on the slogan “get Brexit done”, promising to get his withdrawal agreement through parliament before Christmas and take Britain out of the EU on January 31 2020.

This step – getting parliamentary approval for what the Conservative manifesto calls its “oven-ready deal” – will not, in a meaningful sense, get Brexit “done”. The public will not stop hearing about Brexit on that date. There is still a long, and very uncertain, road ahead.

If parliament does agree the terms of Johnson’s withdrawal deal, January 31 would simply mark the start of lengthy trade talks – with the EU and with other nations.

Throughout the campaign, the term “get Brexit done” has implied that debate about the complexities of Brexit will be over. The UK will be able to “move on”, focusing instead on urgent priorities, such as the NHS, education, immigration and crime. But the reality is that government resources will be tied up on Brexit for the foreseeable future.

Equally, the idea that the UK will be free to do as it pleases the moment the withdrawal bill passes through the House of Commons is an illusion. Rather, Britain will find its freedom of action constrained by what sort of future relationship it can agree with the EU and other trading partners. Those questions will take years to answer, if they are ever satisfactorily resolved.

Questions of what it can and can’t do in the future global order will depend on what sort of future relationship it agrees with the EU and other trading partners. They cannot be answered on that date.

Nevertheless, if all this goes ahead, January 31 will almost certainly mark a point of no return. After the withdrawal agreement is passed, Britain’s relations with the EU and the rest of the world will have to change. What we don’t know is what they will change into.

The Conservative manifesto suggests that a Johnson government will continue to seek a relatively hard exit from the EU. It would leave the customs union, the single market and the jurisdiction of the European Court of Justice. Johnson has previously said he wants a “super Canada-plus” style free trade deal.

It is, however, hard to know what this means. Canada’s deal involves goods and excludes services. Canadian goods are checked at the border for regulatory alignment. But Johnson’s iteration seems to imply a closer UK-EU relationship than that.

Johnson has ruled out extending the transition period beyond 2020. He would have to ask for an extension by June – and the trade deal would have to be agreed, at least in principle, before the end of 2020. That is an extremely tight timeframe for negotiation. There could still be what amounts to a no-deal Brexit at the end of next year. In the absence of another arrangement, border checks will commence in the Irish sea, as well as some checks on goods travelling between Northern Ireland and the Republic.

Johnson wants to begin negotiations with other trading partners, such as the US, Australia, New Zealand and Japan immediately after January 31. He will, at that point, be free to open talks – but completing them is another matter. Even the government’s own papers suggest that a deal with the US will involve compromising on food standards and on access to the NHS. There seems little public appetite in the UK for those things. Talks could be difficult and lengthy, and the concessions the UK might have to make could be considerable.

Brexit will not be done on January 31 2020. Its next phase will be starting, and the issues still to be established are huge.

The term “get Brexit done” has had such resonance largely because people are tired of hearing about Brexit. That’s not to say voters necessarily prioritise Brexit above all else, but because they want to move on to focus on domestic issues. But it’s on domestic issues where the Conservatives could become unstuck.

People want policies other than Brexit. It will be that – the everything else of British politics – that confronts Johnson in the end, as Brexit likely consumes his government’s bandwidth and curtails his choices. Johnson might find that the hardest part of any political transformation is after it appears to be won.