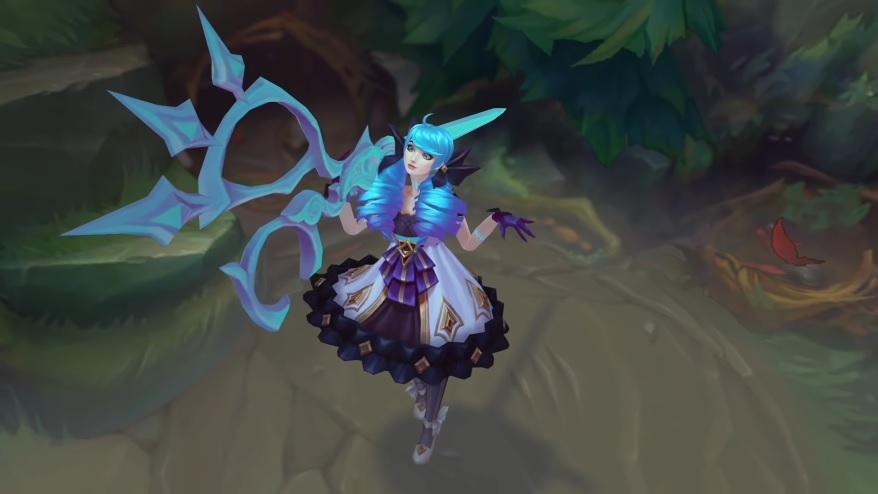 Earlier this year, Riot Games promised that a lineup of new “League of Legends” champions will be introduced to the game with backstories tied to the comeback of Viego, a.k.a. The Ruined King. The developer revealed the first champion in the list over the weekend named Gwen, along with a few teasers of her abilities.

Who is the next ‘League of Legends’ champion

Riot Games premiered two new promo videos with a preview of Gwen’s fighting moves. Another trailer was also released to provide a bit of background to how she is connected to Viego and The Ruined King lore.

It can be recalled that, in a dev video update released back in January, champions team lead producer Ryan “Reav3” Mireles, made several references to tailoring. “We believe snipping a bigger space out of our roster for AP fighters will not only lead to more diversity in top lane ... And with that goal in mind, we began to sew together a new champion for the Ruined King's Return,” the “League of Legends” developer said at the time. Those clues now make more sense as “League of Legends” fans learn more about Gwen, the next playable champion to be added to the roster.

Gwen’s story resembles the fate of Pinocchio. She was a doll created by Viego’s wife but appeared to have been forgotten and got lost under the Black Mist after her The Ruined King lost her wife. A sneak peek into Gwen’s lore clarifies that she is a doll that fully turned into a human, instead of being a living doll per se.

Riot Games has yet to release an official description and rundown of Gwen’s abilities, but it appears that her basic attack makes use of a giant pair of scissors she uses to snip her enemies multiple times. The “League of Legends” teaser video also shows Gwen can damage her opponents by attacking them with a set of needles at a melee range. In the voiceover, Gwen also mentioned thread as one of her maker’s tools that she will also use as a champion. But it is still unclear how she will specifically utilize it during combat.

Meanwhile, “League of Legends” gameplay design director Mark Yetter also confirmed Gwen has a unique skill of enveloping her enemies in “a pocket of Hallowed Mist.” It works like a timed veil of protection whenever she engages in close combat.

Developers have yet to announce when Gwen will be added to the champions roster. However, there are reports that she could be part of the “League of Legends” v11.8 patch notes, which are expected to go live on April 14.