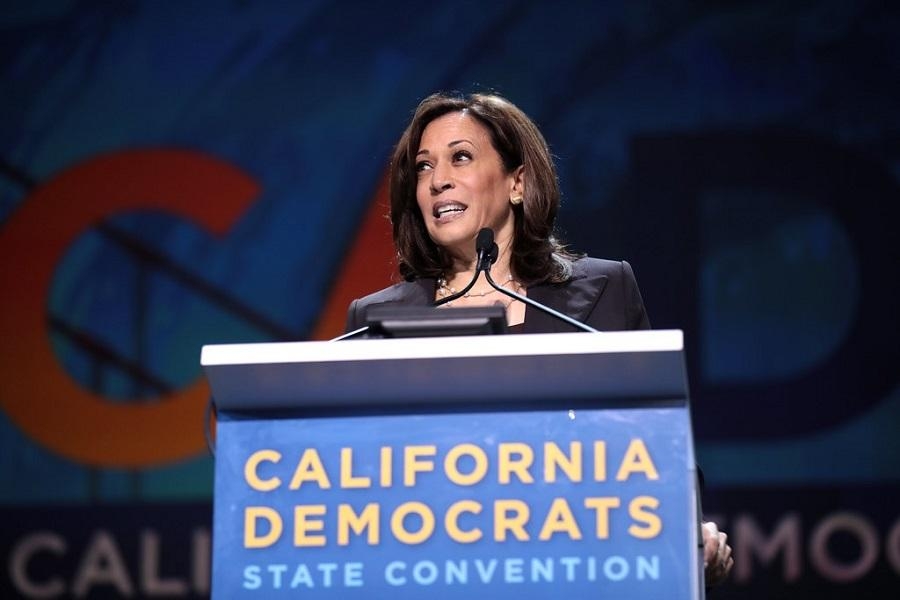 A clear photo of presumptive Democratic presidential nominee Joe Biden was taken at a campaign event in Wilmington, Delaware on Tuesday. After deciphering the note, he appeared to have prepared several talking points praising Senator Kamala Harris (D-CA), thus, sparking rumors she is a very likely vice presidential pick.

Biden was seen holding on the said notes during a press conference at the said event. It contained a variety of topics, but on top of the paper was Harris’s name followed by points that commend the senator's help in his campaign.

The first line reads, “Do not hold grudges.” It can be recalled that Biden and Harris had several tensed arguments in previous Democratic debates over his track record on racial issues and busing. It is then followed by the phrase, “Campaigned with me and Jill [Biden].”

AP’s photograph of Biden’s note also showed he described Harris as “talented” who is a “great help to campaign.” In the end, Biden also wrote, “Great respect for her.” On the lower part of the paper, people can read, “VP— Highly qualified and diverse group.”

An @AP photographer captured a pic of Joe Biden’s notes with “KAMALA HARRIS” written at the top, followed by notes like “do not hold grudges,” “talented,” “great respect for her.”

At the bottom it says “VP - highly qualified and diverse group.”https://t.co/XsdXVvt6ZC pic.twitter.com/tpjc2ZYHfg

Biden’s choice of words to describe Harris was enough to stir speculations that she could be the top VP pick, but nothing is certain yet at this point. Biden did promise to choose a woman as a running mate but has not committed yet to choose a woman of color.

Meanwhile, Biden's campaign co-chair Cedric Richmond would not confirm anything about the next Democratic VP candidate except that the selection process is concluding soon. “I think [Biden] is, in his mind, narrowing them down,” Richmond told CNN’s Don Lemon. “He has not told me that, but he did mention to me that the process is coming to an end and he has to choose a running mate.”

If Biden’s note said he is not holding a grudge toward Harris, it is reportedly a completely different story for his allies. CNBC reported that people close to him, such as some of his top donors, are concerned about the possibility of having Harris as the vice president and it is mostly because of what went down in the previous debates.

A businessman from Chicago deemed Harris’s campaign approach was worrisome and also raised doubts that the California senator would be loyal adding that she is “very opportunistic.” Florida businessman John Morgan said in the same report that Harris “would be running for president” as soon as Biden is inaugurated in 2021.