Justin Sun on Smart Contracts, DAOs, and the Potential of Decentralization 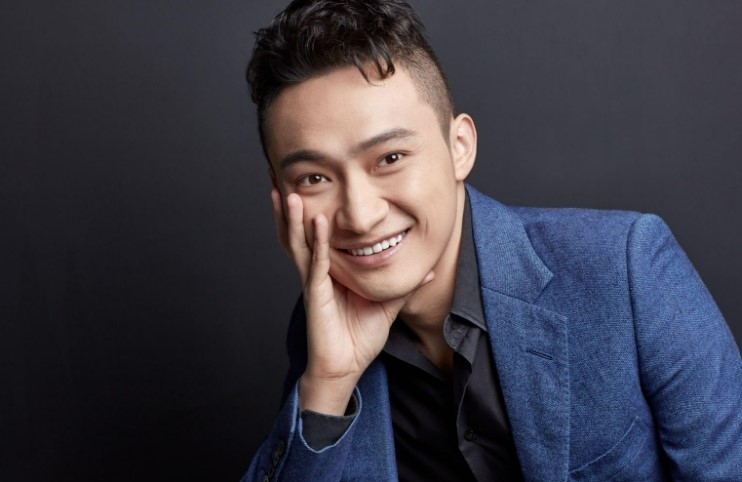 As distributed, peer-to-peer systems, blockchains have the potential to support secure, direct transactions between users and connect resources without relying on a centralized authority. For Justin Sun, this goal of decentralization continues to drive TRON’s development.

Launched in 2017 as a platform for the development of products, services, and tools that utilize blockchain-based smart contracts, TRON became one of the world’s largest community-governed decentralized autonomous organizations (DAOs) in 2021. Since then, the number of wallets holding TRX, TRON’s native token, has been steadily growing, up 134% from 26,267,487 in July 2021 to 61,449,658 in July 2022.

“Decentralization has always been a priority,” said Sun. “Blockchains eliminate intermediaries and support decentralized activity, and the DAO governance structure creates a blockchain that is transparent to the community that it serves with a fair distribution of power, a platform that is governed by the community, for the community.”

Proponents of blockchain technology have long argued that the value of these systems lies in their potential to democratize access to resources, secure user privacy, and streamline interaction between users. These benefits are often framed in terms of decentralized finance, or DeFi, which utilizes blockchains to execute financial transactions and services without involving intermediaries such as banks, credit card companies, or securities exchanges. By cutting out the middleman from transactions ranging from lending and borrowing to trading and payments, DeFi aims to remove barriers to accessing financial services and create a more efficient and transparent financial system.

In TRON, Justin Sun sought to build a platform that can support DeFi, as well as the development of a variety of decentralized applications (dApps) for other projects, using smart contracts and a unique delegated-proof-of-stake (DPoS) validation system grounded in DAO governance.

Sun explained that the goal was to build a platform that can create decentralized technology and dApps — supported through a decentralized governance structure, a DAO — to work toward realizing the potential of a decentralized Web3.

How Do Blockchains Create Decentralization?

To better understand how blockchains facilitate decentralization, it will be helpful to further clarify the key concepts involved.

Blockchain: The phrase “the blockchain” is often used in discussions of crypto and DeFi, but there isn’t one single blockchain. Blockchains are distributed ledgers that can automatically execute transactions using code that produces a public, immutable record of the transaction.

For example, the bitcoin blockchain uses this distributed ledger technology to validate bitcoin exchanges. Transactions are logged in nodes, or blocks, on the chain, with each block validated by bitcoin miners using powerful computers to solve complex cryptographic problems in exchange for bitcoin rewards.

Smart Contracts: Starting with the Ethereum blockchain, blockchains began to be used to support smart contracts, code designed to automatically execute an action when a contract’s conditions are met. Unlike the bitcoin blockchain, smart contracts are programmable to carry out functions beyond validating exchanges of cryptocurrency. Smart contracts provide the foundation for dApps ranging from financial services to game design.

For Justin Sun, the potential to use smart contracts to apply to a wider variety of use cases was a key factor in the decision to found TRON, one of the earliest blockchains with smart contract capabilities.

“I first learned about the smart contract concept in 2014. And in 2015 [Vitalik Buterin] developed Ethereum,” explained Sun in a recent interview with “The Blockchain.com Podcast.” “I started thinking about creating a new smart contract platform based on proof-of-stake, which could be more efficient with a very low exchange fee.”

Proof-of-Work and Proof-of-Stake: The distinction between proof-of-work (PoW) and proof-of-stake (PoS) has become a central focus of the blockchain industry.

PoW and PoS refer to different methods of validating blocks on a blockchain. While many blockchains, including bitcoin and Ethereum, have traditionally relied on PoW methods, there has been an increase in recent efforts to build blockchains that run on PoS methods, including Justin Sun’s TRON network and others, such as Solana and Avalanche.

PoW involves miners competing to solve mathematical problems using high-powered computers. If the miner succeeds, they’ve verified a block of transactions on the blockchain, and they’re compensated with rewards of the blockchain’s associated token, such as bitcoin or Ethereum.

Rather than reward miners for using high-energy computing processes to solve the problems that verify a block on the blockchain, PoS rewards validators for temporarily offering their tokens as collateral that can be used in the verification process.

In either case, no centralized authority is tasked with validating blocks on a blockchain and maintaining the system’s ability to execute transactions. This responsibility is distributed throughout the system, with new blocks on the chain created either through a decentralized network of miners or individuals staking tokens.

DeFi: A Use Case of Decentralization

Blockchains that support smart contracts could potentially be used to decentralize a variety of services and products, including gaming and social media. However, perhaps the most prominent use case of dApps up to this point has been DeFi.

CeFi cedes power to centralized authorities, they argue, whether it’s an exchange determining when, what, and how much an individual can trade; a bank determining who can secure a loan or when they can wire funds; or a financial services company storing customers’ personal information while remaining opaque about how the firm uses funds.

By contrast, there are no gatekeepers for DeFi. Anyone with an internet connection and crypto wallet can access decentralized financial services at any time and from any location. These digital wallets are unique and don’t require storing personal information, ensuring user privacy. And secure peer-to-peer transactions can be conducted immediately without the need for potentially costly and time-consuming institutional oversight. For example, decentralized exchanges enable users to trade, lend, and borrow tokens in real-time while avoiding certain restrictions and transaction fees encountered on centralized exchanges.

But as Justin Sun pointed out, there are also potential disadvantages to decentralization, and TRON has worked to address them.

“One concern that you hear about DAOs is how to balance performance with decentralization,” explained Sun. “In a large community, voting rules could make arriving at a consensus take longer than it would in a more centralized system, which could lead to bottlenecks in the system and potential security risks. Another concern is that the asset requirements to vote in a DAO are too high for the average user, giving a small number of users outsize power over the system. TRON’s DPoS approach is built to avoid these problems.”

DAOs are designed in different ways, but in general, they’re designed to establish a process by which a network’s community, token holders of the blockchain’s native token, use the blockchain to vote on how the system operates. For TRON, this process involves DPoS.

“The DPoS method allows TRX users to vote on delegates, whose stake can validate the next block on the blockchain. Unlike a standard PoS system in which any user with enough staked assets can validate a block, only elected nodes can approve blocks in a DPoS system,” explained Justin Sun. “Each validator is elected by the community in a rotating process and has an equal say in the DPoS system. This is a more decentralized, democratic approach.”

Sun went on to explain additional advantages of this decentralized approach to protocol governance, noting that it incentivizes a cycle of community involvement and voting on validators based on performance and reputation rather than size of assets.

Justin Sun founded TRON with the goal of “decentralizing the web.” The platform, like blockchain technology as a whole, is still in relatively early stages, and it remains to be seen how far blockchain-based decentralization will reach. But in supporting the development of a variety of dApps and implementing a DAO structure, TRON and Justin Sun are prioritizing decentralization in both the platform’s tech and governance structure, highlighting the potential of a broader utilization of decentralized technology.