Jungkook: Is the BTS Maknae The King of ‘Sold Out?’ 21-Year-Old Accidentally Wiped Out Merlot March Wine Stocks In Korea 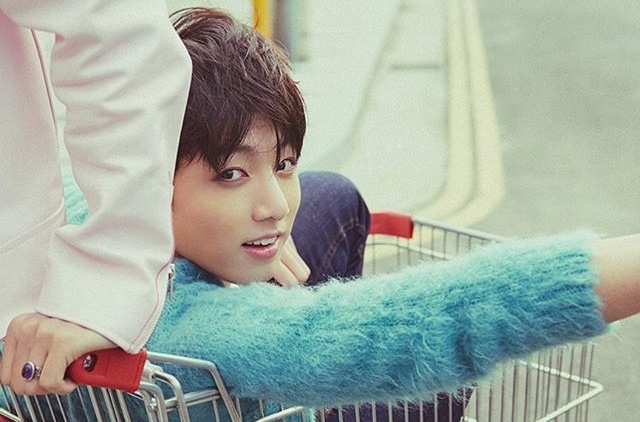 Jungkook is definitely the biggest promoter in Korea today. The BTS member recently proved this once again when the stocks of Merlot March wine by Umani Ronchi Vigor Sangiovese got instantly sold out in Korea. And the thing is, the wipeout of the wine was accidental because the group’s maknae promoted the said brand of the alcoholic drink without realizing it!

After BTS held their event in Busan, South Korea called the 5th Muster Magic Shop, Jungkook decided to greet fans via V Live. He wants to update fans about what he and BTS are up to so he started a live video broadcast earlier this week.

As per Koreaboo, while Jungkook was doing his V Live broadcast, he told the fans that he would drink wine because he is in good mood. He asked his older viewers to toast with him, and for the younger fans, he told them to get orange or grape juice for the toast. Although he covered the label of the wine bottle when he was showing it to the viewers, the name of the brand is visible when he was opening and pouring the drink on his glass.

As a result, the fans found out what he was drinking, and they immediately ordered the same wine online. The drink got sold out in Korea, and fans are blaming Jungkook for the accidental advertisement.

A similar incident happened earlier this year, so this is the second time that Jungkook indirectly promoted a brand. A few months ago, during BTS’ V Live, he mentioned that he uses Downy after washing his clothes, and the product was sold out.

It was said that the two-month supply that is in stock for selling in Korea run out within just a day and Downy apologized for the shortage. This is Jungkook’s power, and he deserves to be called the “Sold Out King.”

Meanwhile, the ARMY did not like it when Jungkook was nominated at the Nickelodeon’s “Kid's Choice Awards” Mexico. This is because he was placed in the “Best Ship” category with Black Pink’s Lisa. This means that they are being made into a couple and the fans demanded the organizers to take down his nomination, Allkpop reported.