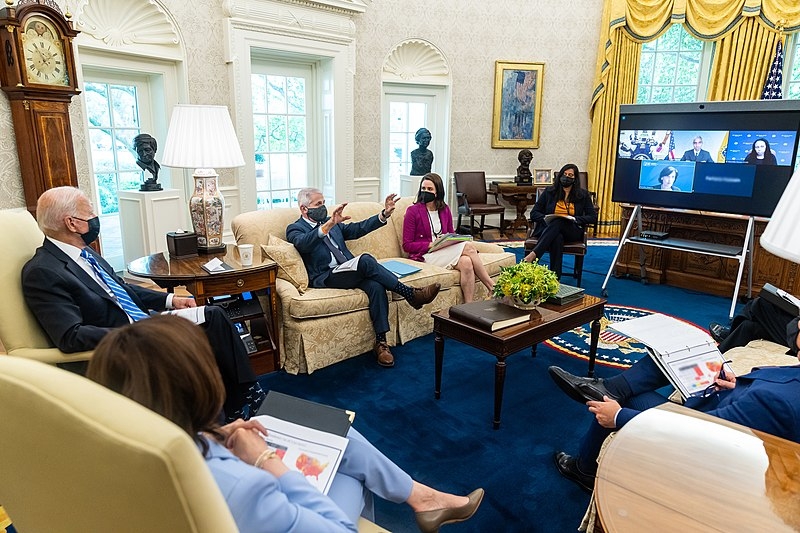 The Biden administration is increasing efforts to get Americans vaccinated in light of the surge in cases, especially of the Delta variant. This week, President Joe Biden has announced that the US has finally hit the 70 percent vaccination rate.

Biden took to Twitter Monday to make the announcement that the country has met the goal of having 70 percent of adults inoculated against COVID-19. The rate comes weeks after the July 4 deadline that Biden initially hoped and as the country experienced a slight decline in vaccination rates. The waning rates also come as political tensions have led to many refusing to get vaccinated, with most of the coronavirus cases nowadays coming from those who did not get a shot.

“Folks, we’ve officially reached our goal of 70% of adults receiving at least one dose of the vaccine. It’s incredible progress, but we still have further to go. If you haven’t already, get vaccinated. Let’s defeat this virus once and for all,” tweeted Biden.

The political divide deepened since vaccinations were becoming more promoted. Coincidentally, areas of the country that voted for disgraced former President Donald Trump showed low vaccination rates and high hospitalization rates. However, both Democrats and Republicans are urging Americans to still get inoculated against COVID-19 as protection against the Delta variant of the virus.

Biden’s announcement also follows his announcement last week that federal employees must get vaccinated or go through weekly testing, mask-wearing, and social distancing should they choose not to reveal their vaccination status or stay unvaccinated. Those who are unvaccinated will also face restrictions on travel. Over 600,000 Americans have already died from the coronavirus as of now.

Meanwhile, Biden has also pushed back on Republican governors who remain defiant towards vaccine rules that look to curb the spread of the Delta variant in their states. Biden voiced his support towards the city and private mandates that would require people to be vaccinated in order to do their daily activities.

Biden delivered a sharp criticism to GOP Governors Ron DeSantis and Greg Abbott, among other Republican officials who are moving to block the imposition of mask mandates.

“If you’re not going to help, at least get out of the way of people trying to do the right thing,” said the US leader.