Joe Biden to deliver address on inflation on Tuesday 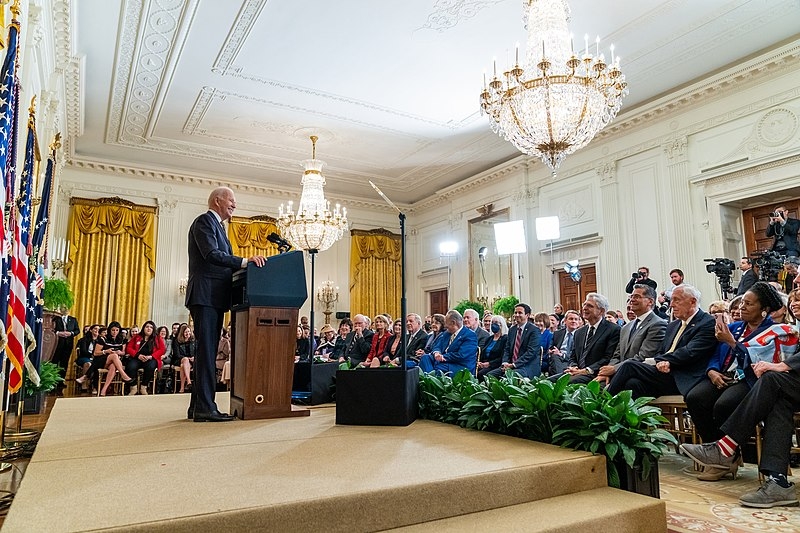 US President Joe Biden is looking to address the growing problem of inflation. White House officials said that the US leader is expected to deliver an address regarding the issue this week.

A White House official said in an email that Biden is set to deliver remarks on the growing issue of inflation on Tuesday. This comes as his administration is looking to address one of the key concerns of voters as the midterm elections that could determine the congressional majorities are taking place in November.

“He’ll detail his plan to fight inflation and lower costs for working families, and contrast his approach with Congressional Republicans’ ultra-MAGA plan to raise taxes on 75 million American families and threaten to sunset programs like Social Security, Medicare, and Medicaid,” said the email.

Biden has repeatedly acknowledged the problem of rising prices while still touting the country’s economy.

Inflation rates have been growing since August 2021 and have gone beyond the normal 2 percent to 4 percent range for a year. The Consumer Price Index went up 8.5 percent for the year that ended in March, a rate that has not been seen since December 1981.

Federal Reserve Chair Jerome Powell said last week that the Federal Reserve’s “job is to make sure that inflation of that unpleasant high nature doesn’t get entrenched in the economy.” This followed Powell’s announcement of a half-point interest hike to combat the issue.

Meanwhile, the US leader is also calling on Congress to pass the legislation authorizing a new major package for Ukraine as the war continues. Biden made the call before trying to pass a new round of funding to tackle the ongoing COVID-19 pandemic, warning that the previously reserved aid to handle the pandemic is running out.

This marks a reversal from a previous position combining Ukraine aid and pandemic funding in one package. Biden noted that after consulting with Democratic and Republican leaders in Congress that a combined package would slow down the delivery of much-needed aid for Ukraine, which is a rare instance of strong bipartisan support.

Biden then said he is willing to accept the passage of two separate measures instead for him to sign the bill for Ukraine aid.