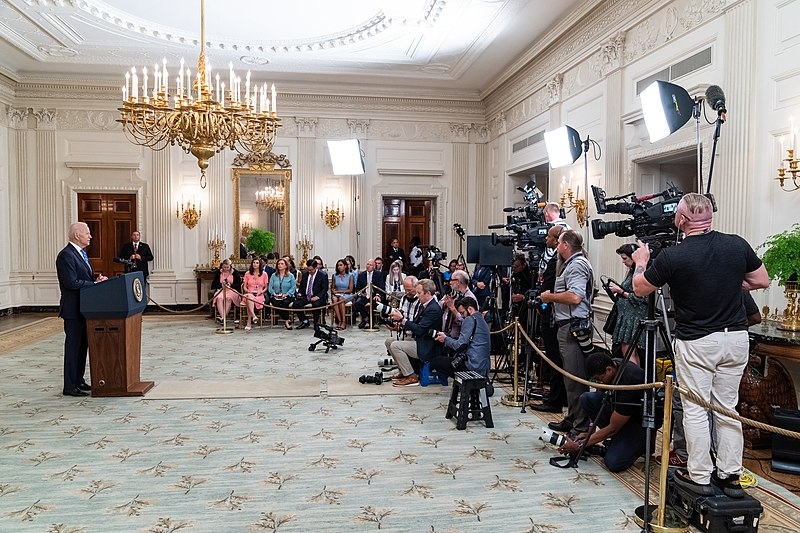 The US is days away from commemorating the tragic 9/11 terrorist attacks in the country. In the hopes of making good on another campaign promise, US President Joe Biden has ordered the FBI to make a wide array of documents related to the 9/11 probe made public.

Biden signed an executive order Friday, directing the FBI to conduct a sweeping review and declassification of documents pertaining to the investigation into the 9/11 terrorist attacks. This comes as families of the 9/11 victims are looking to sue the Saudi Arabian government and as Biden is facing pressure from those families and from lawmakers to declassify the documents. The order comes as the 20th anniversary of the tragic incident is days away.

“As the 20th anniversary of 9/11 approaches, the American people deserve to have a fuller picture of what their government knows about those attacks,” said Biden in the executive order.

The order said that the records would be disclosed by batches in the next six months except when legal counsel advises otherwise. The order also noted that while the information that could potentially be disclosed to the public may put national security at risk, there should be a balance between transparency and accountability.

“Information should not remain classified when the public interest in disclosure outweighs any damage to national security,” said the order. This also comes a month after lawmakers passed legislation to demand greater transparency regarding the 9/11 probe that was met with bipartisan support.

Families of the 9/11 victims have been demanding the declassification of Operation Encore, which was the FBI’s investigation into the possible involvement of the Saudi Arabian government. Riyadh is fighting the lawsuit made against them by the families in a court in New York.

As the COVID-19 pandemic goes on in the world, the US is now looking to get a headstart in preparing for another pandemic in the future. The Biden administration introduced a $65 billion plan that officials have said would be able to combat the next pandemic that may strike the country.

Office of Science and Technology director Eric Lander said during a conference call with the press that the US must prepare for any future viral threat. Lander added that the next pandemic would likely be very different from the current situation.