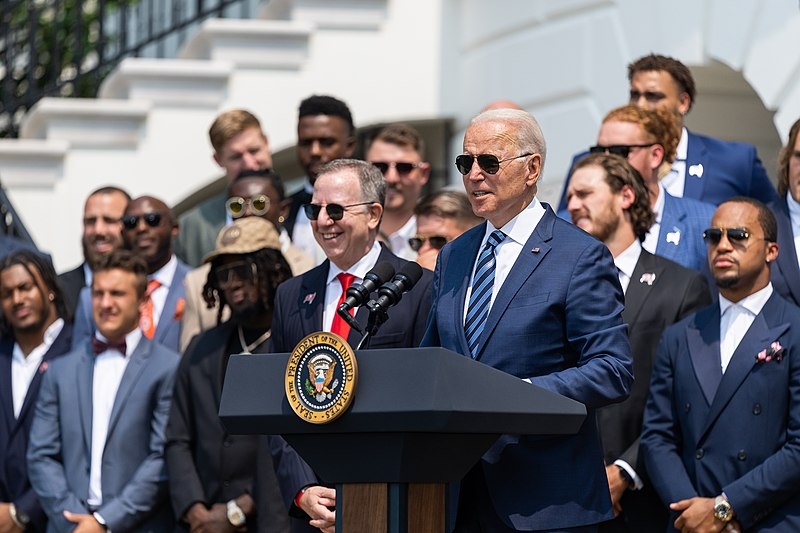 US President Joe Biden took office back in January, and like his predecessors, he will also be joining them in one of Disney’s long-running attractions. Biden will be joining Disney’s Hall of Presidents next month.

The 46th US President will be joining his predecessors in Disney World’s Hall of Presidents in August. The attraction shut down back in January when Biden was sworn into office in order to update the feature to include the current president. During the show, the current president usually delivers a speech about the presidency, and Biden will be delivering a presidential oath of office recorded at the White House as part of the attraction.

A table next to Biden will feature his signature aviator sunglasses as well as peach blossoms to represent Biden’s home state of Delaware. The figure of Donald Trump will then be repositioned from the central placement and will be placed along with their 43 other predecessors. Disney has yet to announce what date will the Hall of Presidents reopen in August.

“Since opening day of Magic Kingdom Park in 1971, The Hall of Presidents has brought to life the heritage of the United States and shared the symbolic importance and uniqueness of the Office of the President,” said Disney Parks Editorial Content Director Thomas Smith in an official blog post this week. “Almost 50 years later, the story of liberty’s leaders continues to be told and retold to new generations as Walt Disney originally envisioned.”

Meanwhile, Biden, this week, welcomed the Tampa Bay Buccaneers to the White House to congratulate the team after winning this year’s Super Bowl over the Kansas City Chiefs. The team’s quarterback, Tom Brady, also took to the podium to talk about the team’s victory, jokingly comparing it to the recent elections.

“Not a lot of people think we could have won,” said Brady during his speech. The quarterback then turned to the US leader and said, “In fact, I think about 40 percent of people still don’t think we won. You understand that, Mr. President?”

Brady made another joke when he recalled the time he forgot what down it was when the team lost to the Chicago Bears. “I lost track of one down in 21 years of playing. And they started calling me ‘Sleepy Tom.’ Why would they do that to me?” Brady made another reference to the former president’s nickname for Biden, “Sleepy Joe.”