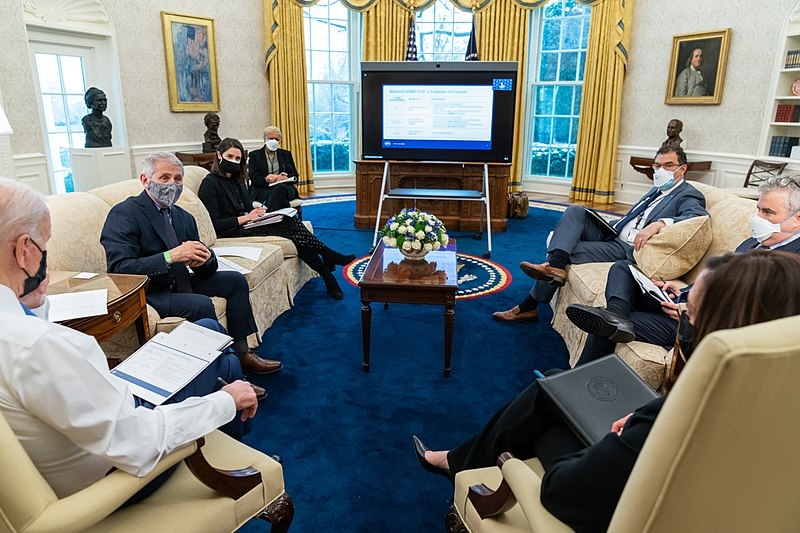 Even with the number of COVID-19 cases rising in the country, Joe Biden’s administration has ramped up vaccine production to get more Americans vaccinated every day. State Governors have now recently sent Biden a letter asking for coordination in terms of vaccine distribution and clarity in reports.

The executive committee of the National Governors Association sent a letter to Biden expressing their concerns on vaccine distribution coordination and the confusion generated by the public reporting by the CDC. The governors expressed that they wanted the public to know which vaccine distribution facilities are run by the state government and which one is controlled by the federal government. The governors also said in their letter that it is important that the public is able to fully understand the process when it came to the demand and supply of the vaccine.

“As usual, some pharmacies and (community health centers) are better suited for the task than others,” wrote the governors in the letter, noting that pharmacies and community health centers should be coordinated with the state government. “If the federal government distributes independently of the states to these same entities without state coordination and consultation, redundancy and inefficiency may very well follow.”

Even as the Democrats in the Senate now hold a narrow majority against their GOP counterparts, it would require a united front to be able to pass legislation for certain issues such as an increase in the minimum wage. Democratic West Virginia Senator Joe Manchin has privately expressed his opposition to back the provisions in Biden’s economic rescue package should it violate the Senate budget restrictions. This proves to be a warning towards Biden especially as the Senate is evenly split without the tiebreaking power of Vice President Kamala Harris.

The push for $15 to become the federal minimum wage may be in violation of the Byrd rule, which restricts the inclusion of “extraneous” measures in the budget process.