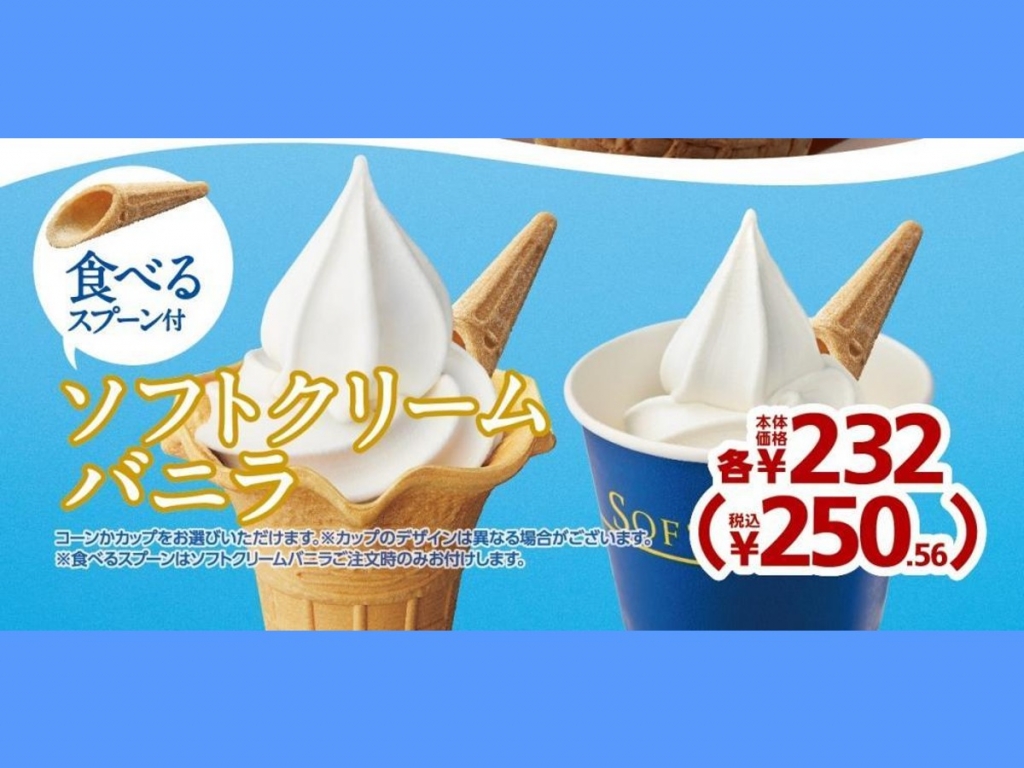 To reduce its plastic waste, Japanese convenience store Ministop will expand the use of edible spoons made from ice cream cones for its popular soft-serve ice cream, Minisof.

In May 2022, two of Ministop's directly managed stores in the Chiba prefecture started the edible spoon experiment, which has since been expanded to include the prefectures of Kyushu and Shikoku.

Ministop, which built up its fanbase with its seasonal offerings of their popular Minisof, intends to expand the experiment with other stores while collecting customer and participating store feedback.