Ivanka Trump criticized for ‘insensitive’ comment on Indian teenager who carried her father for 1,200 km on a bicycle 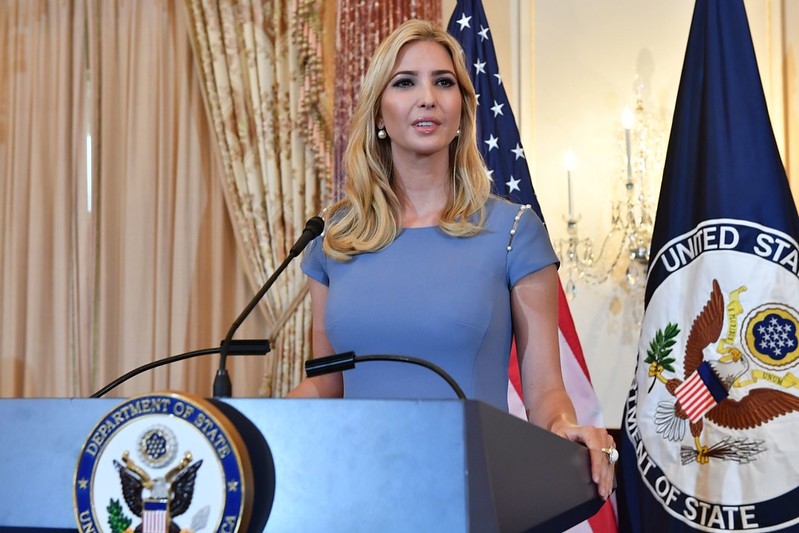 President Donald Trump’s daughter and senior White House adviser Ivanka Trump praised a 15-year-old Indian girl’s journey of more than a thousand kilometers while carrying her father at the back of her bicycle to seek treatment. But her comments, which described the girl’s deed as a “feat of endurance and love,” has been criticized in India for being insensitive to the plight of the country’s poor.

“15 yr old Jyoti Kumari, carried her wounded father to their home village on the back of her bicycle covering +1,200 km over 7 days,” Ivanka Trump posted on Twitter on Friday night. “This beautiful feat of endurance & love has captured the imagination of the Indian people and the cycling federation!”

Ivanka Trump also posted a link to a Live Mint article about the Indian teenager in her tweet. According to the report, Kumari asked her injured father to sit on the rear side carrier of her bicycle as she pedaled her way from Gurugram to Bihar, her father’s hometown.

While the Cycling Federation of India was impressed with the girl’s perseverance and asked her to take part in the trial for a spot as a trainee at the state-of-the-art National Cycling Academy, some of the country’s political figures were not pleased with Ivanka Trump’s praise.

“Her poverty & desperation are being glorified as if Jyoti cycled 1,200 KM for the thrill of it,” former chief minister of Jammu and Kashmir Omar Abdullah wrote on Twitter, according to Reuters. “Government failed her, that’s hardly something to trumpet as an achievement.”

“This is not a feat of excellence,” Kanti Chidambaram, an opposition member of parliament, wrote. “It’s a feat fuelled by desperation caused due to the callous attitude of the government.”

Some netizens even feel that the praise is a bit insensitive. “Cycle federation? Can you be anymore insensitive?” wrote Twitter user @deepsealioness wrote, according to Tribuneindia.com.

Others asked felt that Trump was glorifying poverty. “Please, don't glorify the poverty,” @kalvetu wrote. “This is not something to be proud of. This is something we are ashamed of ????. This shows the failure of the govt and arrogant way of implementing the #StayHome.”

However, there are also those who understood why Ivanka Trump admired the girl’s story and defended the White House adviser. “She was just praising the love of a daughter for her father,” Nidhi Vyas wrote. “At 15 years of age she has shown so much courage and bravery. It's not required to find flaws in everything.”

This includes the cyclist herself who is only happy that Ivanka Trump appreciated what she did for her father. “I am very happy with the appreciation I am getting from all the corners,” Jyoti said.