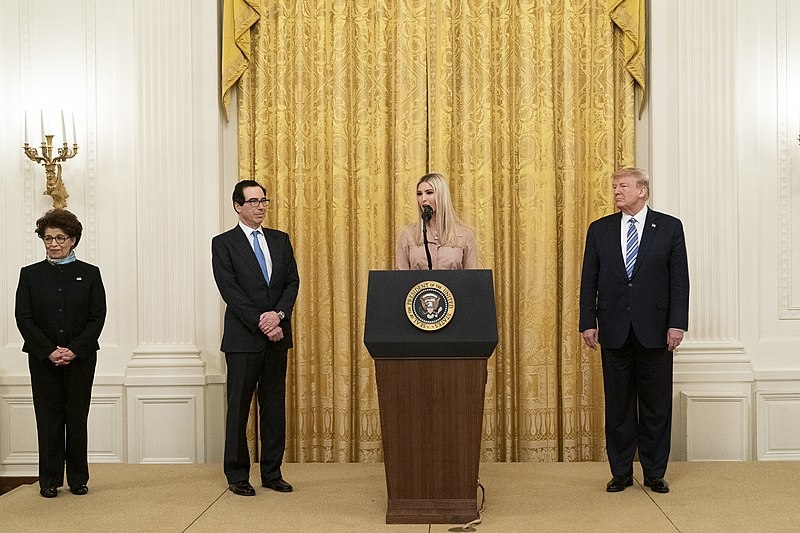 There have been concerns surrounding Donald Trump’s eldest daughter and White House adviser Ivanka Trump’s business dealings even as she works in the executive branch. A recent report reveals the trademark requests Ms. Trump has made in China were fast-tracked when her father was elected president in 2016.

Forbes reports Ivanka Trump made 17 new trademark requests in China back in 2017, the day before she started her work as a White House adviser in March. According to a book by Forbes senior editor Dan Alexander titled White House Inc., in the latter part of 2018 up to the early months of 2019, 41 new trademarks were granted to companies linked to Ivanka by the Chinese government.

Just in the latter part of 2018, China already granted 18 of Ivanka’s trademark requests. The country’s trademark office granted a provisional appeal to 16 trademarks to Ivanka Trump Marks LLC. These covered Ivanka’s fashion line, sunglasses, jewelry, handbags, and shoes. Voting machines and beauty services were also included in these approvals. By January 2019, there were five more trademark approvals that covered wedding dresses, child care centers and art valuation services. Ivanka filed these requests back in 2016 and 2017.

The government watchdog called Citizens for Responsibility and Ethics in Washington raised these concerns, citing that Ivanka receives these trademarks while her father wages a trade war with China. “Ivanka receives preliminary approval for these new Chinese trademarks while her father continues to wage a trade war with China. Since she has retained her foreign trademarks, the public will have to ask whether President Trump has made foreign policy decisions in the interest of his and his family’s businesses,” said the organization.

Meanwhile, Ivanka is still on the campaign trail to make the case for her father’s reelection this week. She will be traveling with vice president Mike Pence to Minneapolis, Minnesota to campaign for the president. Ms. Trump and Pence will be showing their support for the local law enforcement, in keeping with Trump’s law and order message. Minneapolis was where the killing of George Floyd at the hands of police officers sparked the social unrest occurring in the midst of the pandemic.

Ivanka and Pence will be meeting with the Cops for Trump group along with supporters who have been negatively affected by the protests.