On May 5, my old friend Giles Fraser used his regular column in The Guardian to assert that “Brexit recycles the defiant spirit of the Reformation.” 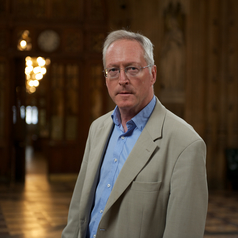 “Here also we find the intellectual roots of Euroscepticism,” he argued, talking of “grassroots empowerment” and “a stubborn commitment to English independence” as being of the essence of what happened in the 16th century.

Oh dear, Giles, how wrong can you be, about both the English Reformation and the wider movement across Europe? After its first explosion in northern Germany in 1517, the European Reformation was a completely international movement, transcending and breaking down local boundaries. The lesser Reformations of England and Scotland – distinct from each other, remember, Giles – were just part of this greater whole. There was no idea of little Englandism in such Protestant reformers as the main author of England’s Book of Common Prayer, Thomas Cranmer, who is absent from Giles’s argument. Cranmer, the first Protestant Archbishop of Canterbury, was aiming for the English Reformation to resemble as closely as possible his favourite movement in Europe, that of a mainland European city called Strasbourg (though German Reformers, and Cranmer, the English Archbishop with a German wife, would have called it Strassburg).

Why did Cranmer admire Strassburg’s Reformation? Partly because he got on well with its chief reformer, a former friar from Alsace called Martin Bucer, but mainly because Bucer and his Strassburg colleagues were especially energetic in their efforts to stop Protestants across Europe quarrelling. They saw that all reformers needed to unite against the common Roman enemy if they were going to achieve their aim of founding a properly Catholic, universal Church. This unity is also seen in the language of the Reformation: Latin, an international language. It is a mistake to think of Latin simply as the language of Roman Catholicism and its liturgy. It was more truly a universal language, a genuinely effective Esperanto, than English is today. You needed to learn it, certainly, but learning Latin was the main point of schools at the time, and once you had it, you truly were a citizen of a single culture. Without Latin, Protestantism simply couldn’t have spread across local boundaries.

How else would such star Protestant refugees in King Edward VI’s England as Strassburg’s Martin Bucer or Poland’s Johannes à Lasco have talked to their English hosts or indeed to each other, if not in Latin? Latin was the secret weapon of Protestant reformers just as much as it was the language of the Pope. Indeed, it helped either side in the great quarrels of the Reformation understand each other properly when they were insulting each other (which they did, a lot).

So it is the Remain camp which represents the European and British Reformations, not Brexiteers. Remainers are the people who resist breaking the natural, wider ties in our continent. True, they know the system needs radical reform – and that was the starting point for many Protestants attacking the old Church, including Luther himself in 1517 – but once the corruption and the mistakes have been remedied, the prospect then as now is to look to a new continent-wide unity, not a muddle of division and weakness.

Both the Church of England and the Church of Scotland were part of a continent-wide Protestant movement which had gone further than Martin Luther in its break with the past. Reformed (that is, non-Lutheran) Protestant churches, saw the reformed churches of Europe – in the Netherlands, Germany, Switzerland, Poland and as far east in Europe as Transylvania – as their partners in an international movement.

Giles: you might have a slight point in characterising King Henry VIII of England as a Brexiteer. He broke with the Pope in 1533. Through force of personality plus quite a lot of threats and bluster, he bullied his parliament into pretending that his Church’s independence had actually always been there in English history, just hidden from sight by Romish cunning.

But do remember that Henry VIII was emphatically not a Protestant; in fact, he burned some of them for heresy. The Reformation here flourished in spite of him, not because of him. Henry VIII is definitely not my idea of an acceptable leader, either for the Reformation, the Church of England or modern Britain in general. Giles, do you really want the image of Brexit to be that of Horrible Harry – Donald Trump with a bit more style and a Holbein bonnet?

Diarmaid MacCulloch does not work for, consult, own shares in or receive funding from any company or organization that would benefit from this article, and has disclosed no relevant affiliations beyond the academic appointment above.

Diarmaid MacCulloch, Professor of the History of the Church, University of Oxford