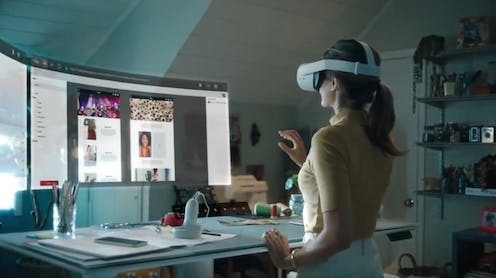 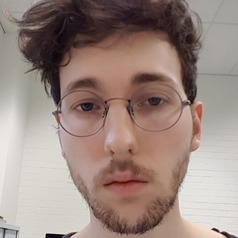 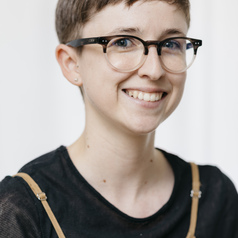 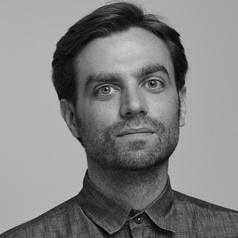 According to Mark Zuckerberg, the “metaverse” – which the Meta founder describes as “an embodied internet, where instead of just viewing content – you are in it” – will radically change our lives.

So far, Meta’s main metaverse product is a virtual reality playground called Horizon Worlds. When Zuckerberg announced his company’s metaverse push in October 2021, the prevailing sentiment was that it was something nobody had asked for, nor particularly wanted.

Many of us wondered what people would actually do in this new online realm. Last week, amid announcements of new hardware, software, and business deals, Zuckerberg presented an answer: the thing people will do in the metaverse is work.

But who is this for? What are the implications of using these new technologies in the workplace? And will it all be as rosy as Meta promises?

The future of work?

The centrepiece of last week’s Meta Connect event was the announcement of the Quest Pro headset for virtual and augmented reality. Costing US$1,499 (~A$2,400), the device has new features including the ability to track the user’s eyes and face.

The Quest Pro will also use outward-facing cameras to let users see the real world around them (with digital add-ons).

Meta’s presentation showed this function in use for work. It depicted a user sitting among several large virtual screens – what it has previously dubbed “Infinite Office”. As Meta technical chief Andrew Bosworth put it, “Eventually, we think the Quest could be the only monitor you’ll need.”

Meta also announced it is working with Microsoft to make available virtual versions of business software such as Office and Teams. These will be incorporated into Horizon Workrooms virtual office platform, which has been widely ridiculed for its low-quality graphics and floating, legless avatars.

The partnership may well provide significant benefit for both companies.

Microsoft’s own mixed-reality headset, the HoloLens, has seen limited adoption. Meta dominates the augmented and reality markets, so it makes sense for Microsoft to try to hitch a ride on Meta’s efforts.

For Meta, its project may gain credibility by association with Microsoft’s long history of producing trusted business software. Partnerships with other businesses in the tech sector and beyond are a major way that Meta seeks to materialise its metaverse ambitions. 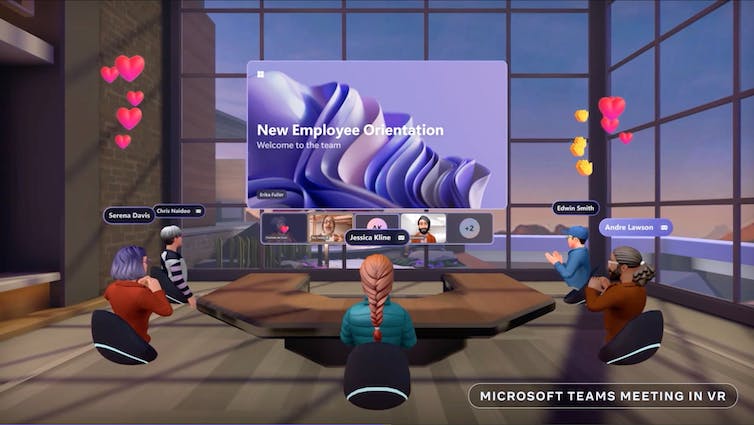 Microsoft also represents an alternative approach to making a product successful. While several decades of efforts to sell VR technology to consumers have had limited success, Microsoft became a household name by selling to businesses and other enterprises.

By focusing on an enterprise market, firms can normalise emerging technologies in society. They might not be things that consumers want to use, but rather things that workers are forced to use.

Recent implementations of Microsoft’s Teams software in industry and government across Australia offer models for how the metaverse may arrive in offices.

While proponents of work in the metaverse envisage a future in which technologies like AR and VR are frictionlessly incorporated into our work lives, bringing about prosperity and efficiency, there are a number of areas of concern.

For one, technologies like VR and AR threaten to institute new forms of worker surveillance and control. The rise of remote work throughout the COVID-19 pandemic led to a boom in “bossware” – software for employers to monitor every move of their remote workers.

Technologies like VR and AR – which rely on the capture and processing of vast amounts of data about users and their environments to function – could well intensify such a dynamic.

Meta says such data will remain “on device”. However, recent research shows third-party Quest apps have been able to access and use more data than they strictly need.

Developers are learning, and worried, about the privacy and safety implications of virtual and augmented reality devices and platforms.

In experimental settings, VR data are already used to track and measure biometric information about users with a high degree of accuracy. VR data also have been used to measure things like attention.

In a future where work happens in the metaverse, it’s not hard to imagine how things like gaze-tracking data might be used to determine the outcome of your next promotion. Or to imagine work spaces where certain activities are “programmed out”, such as anything deemed “unproductive”, or even things like union organising.

Microsoft’s 365 platform already monitors similar metrics about digital work processes – you can view your own here, if your organisation subscribes. Microsoft 365’s entrance to VR spaces will offer it plenty of new data to be analysed to describe your work habits.

Moderating content and behaviour in virtual spaces may also be an issue, which could lead to discrimination and inequity. Meta has so far given little in the way of concrete protections for its users amid increasing claims of harassment.

Earlier this year, a report by consumer advocacy group SumOfUs found many users in Horizon Worlds have been encouraged to turn off safety features, such as “personal safety bubbles”, by other users.

The use of safety features in workplaces may likewise be seen as antisocial, or as not part of “the team”. This could have negative impacts for already marginalised workers.