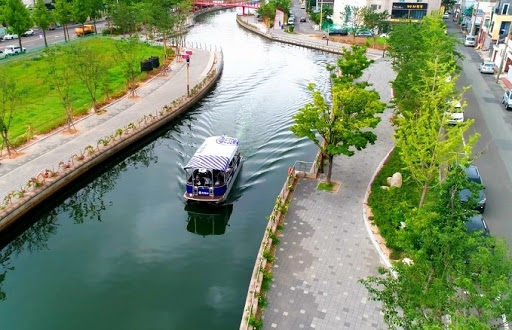 HHIH's 12-person cruise ship is not technically equivalent to "degree four" of automation identified by the International Maritime Organization (IMO) since crew members were on board for safe sailing.

However, an HHIH official clarified that the 12-person cruise ship is not technically equivalent to "degree four" of automation identified by the International Maritime Organization (IMO) since crew members were on board for safe sailing.

A degree four is the highest degree level of ship automation where the operating system is able to make decisions and determine actions by itself.

Avikus Corp., which led the sea trial of HHIH's fully autonomous cruise ship, plans to conduct a sea trial of a large merchant ship using its autonomous navigation technologies possibly in the second half.

HHIH expects the autonomous ship and the market for related equipment to grow by an annual average of 12.6 percent to US$235.7 billion by 2028.