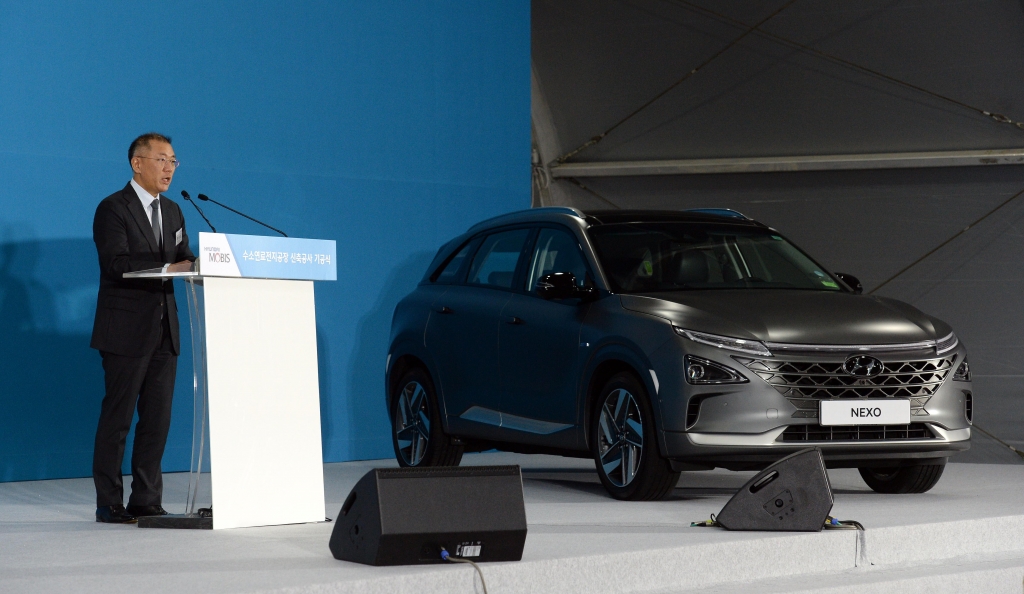 The Nexo can run about 609 kilometers on a single charge.

The four FCEVs will be delivered to state-run oil firm Saudi Aramco and will be used for test drives to verify its economic feasibility.

According to Hyundai Motor Vice President of the Middle East and African region Jeong Bang-sun, exporting FCEVs to the world’s top oil producer is a meaningful step and they intend to expand the supply of FCEVs in the Middle East.

Hyundai Motor and Saudi Aramco signed a memorandum of understanding in June last year to roll out more FCEVs in Saudi Arabia.

Saudi Arabia is the first country that Hyundai has exported Elec City FCEVs to.

Nexo can run about 609 kilometers on a single charge, while Elec City could cover 430 kilometers.