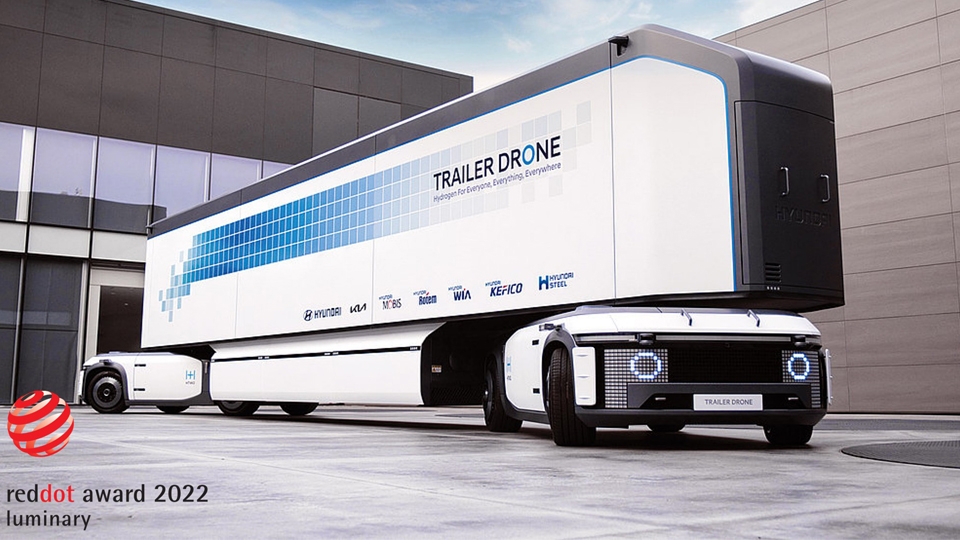 The ‘Luminary’ honor is the highest level of recognition accorded at the Red Dot Award.

It is selected from among Red Dot’s ‘Best of the Best’ winners to serve as an inspiration and role model for designers.

Hyundai won three awards at the Red Dot Award: Design Concept 2022, including ‘Luminary,’ ‘Best of the Best’ and ‘Winner’ honors.

In addition to the ‘Luminary’ award for Trailer Drone, Red Dot also named the SEVEN sport utility electric vehicle (SUEV) concept a ‘Best of the Best’ and the robotics-based Plug & Drive (PnD) modular platform a ‘Winner.’

A hydrogen-powered container transportation system with full autonomy is called the Trailer Drone. The versatile and effective Trailer Drone delivers more than 1,000 km of sufficient range from a single charge, equivalent to existing container transportation systems, by tailoring the amount of smartly designed hydrogen tanks to the travel profile.

The goal of Hyundai's design was to make it possible to use e-Bogies for a variety of tasks, much like how every railway car's wheel subframe does.