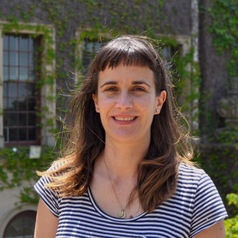 As a species, we humans have always been fascinated in where we came from. Initially, it was believed humans couldn’t have originated from Africa.

That misconception began to shift slowly from 1925, when the modern discipline of palaeoanthropology – the study of our origins – was born in South Africa. That’s when Professor Raymond Dart of the University of the Witwatersrand, in Johannesburg, recognised the significance of a small fossil skull brought to him from Taung, in the country’s North West province.

Dart realised the skull belonged to a creature that was neither fully ape nor man: it represented one of our distant ancestors, which he called Australopithecus africanus, meaning “southern ape of Africa”.

In the years that followed palaeontologist Robert Broom found more fossils of adult individuals from Sterkfontein and other caves in the area we now know as the Cradle of Humankind, just outside Johannesburg. His work cemented the fact that Africa was humankind’s birthplace, though it took years for many European scientists to come around to this.

Since the 1960s, this important area’s fossil record has largely taken a back seat to East African finds. That is because we didn’t know how old the caves in the Cradle of Humankind are, and so could not provide conclusive dates for the many fossils found in them. The geological setting in the Cradle is very different to East Africa’s Rift System, where there are volcanic ash layers between the fossil beds; the ash layers can be dated, giving ages to the fossils. South Africa’s caves have no such volcanic layers.

But there are other types of rocks in the caves. Working with these, my colleagues and I used a method called uranium-lead dating to establish the ages of the caves in the Cradle of Humankind. This means we can narrow down the entire early human record of the Cradle to a few brief time windows between one and three million years ago.

One of the things that’s particularly exciting about this research is that we can – for the first time – compare South African hominins with their cousins in East Africa.

Caves are full of special rock types. There are stalagmites which grow up from the floors, and stalactites that hang down from the ceilings. As drip water in the cave flows along the floor, rocks known as flowstones form – and as they do, the mineral uranium is locked up inside them, crystal by crystal. This creates a sort of “clock” which tells us how old the flowstones are. 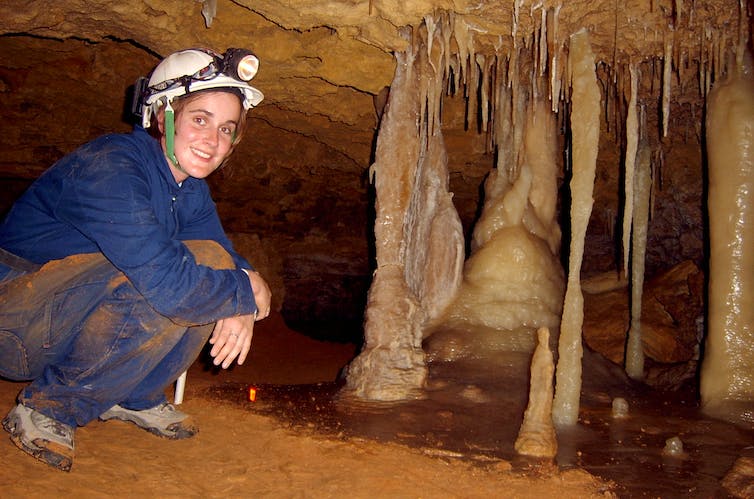 Dr Pickering in a modern cave smiling about the beautiful flowstone on the cave floor. Gavin Prideaux

We collected these flowstones from the various cave sites in the Cradle, took them back to the lab, then extracted and concentrated the tiny amount of uranium present inside then, as well as the even tinier amount of lead which has been produced from the uranium decay. These uranium and lead isotopes allow us to read the flowstones’ “clocks” – technically known as uranium-lead dating.

This Uranium-lead dating is not new. It’s well established and has been used by geologists for decades; its how we know how old the earth is. Nevertheless, it has’t been an easy process. My colleagues and I had to adapt the existing uranium-lead dating method specifically for the South African flowstones. The challenge was that in rocks of only a few million years old – young by geological standards – there’s not been much time to accumulate lead, the daughter decay product of uranium.

It’s taken us 13 years to reach this point. But it’s been worth the wait.

In our recent Nature paper, we put together the biggest ever data set of ages for the Cradle caves and were able to thoroughly analyse these and look for patterns. Specifically, we asked whether all the caves were open to the surface for fossils to wash into them and collecting fossils at the same time – or if each acted as its own little ecosystem.

The Cradle is a relatively small place (about 10 x 15 km), and we would expect that the same events should be recorded in all the caves at the same time.

And this is exactly what we found. We dated 29 flowstones, from eight caves, and found that the flowstones all date to the same six narrow time windows. For example, 2 million years ago, all the important cave sites across the Cradle were closed – nothing was being washed into them – with flowstone forming inside them.

We also know that flowstones can only form during times when it rains more. So by dating the flowstones, we are picking out these times in the past. For the first time we know our early human ancestors lived through big changes in the local climate. The sediments with the fossils in them inside the caves, are all sandwiched between flowstones. We interpret this pattern, flowstone-sediment-flowstone, as a signal of these changing climates, with the sediments representing drier times.

This means that all the fossils from the Cradle, hominin and other animal, accumulated during drier times.

The flowstone layers in the caves are the equivalent of the ash layers in the Rift Valley. With the uranium-lead ages for these flowstones, South Africa’s fossils can step out of the shadows of being undated and undateable.

This will allow the world to turn its attention back to the country’s incredibly rich fossil record with a greater understanding of when those fossils were formed and what that tells us about human evolution.