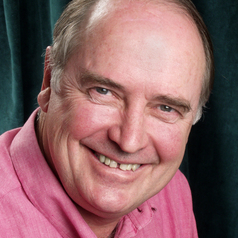 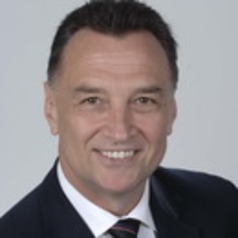 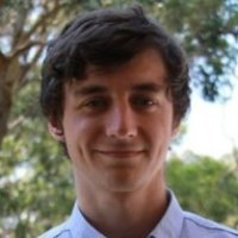 Rather than waiting for the world to reach an agreement to act against multinational corporations that shift profits to tax havens, Australia should consider adopting our proposal for a cashflow tax, which would increase both investment and government revenue.

Many market-dominating multinational corporations have been aggressively reducing their global tax burdens by shifting their profits to tax havens.

BHP and Rio have been setting up so-called marketing hubs in low-tax Singapore.

Google bills Australians for advertisements on Australian websites in lower-tax Ireland, which itself pays fees to another subsidiary in even lower-tax Bermuda.

So big has the apparent flow of money into low-tax Ireland become that its national accounts data for 2015 showed a 26.3% real increase in gross domestic product.

What if we taxed cashflow instead of income?

In a new paper for the Melbourne Economic Forum, we propose replacing the conventional corporate income tax with what we are calling a “cashflow tax” to mitigate these problems while encouraging new private capital investment in Australia.

It wouldn’t tax profit as it is normally defined, but money coming in minus money going out – or “cashflow” – with the exception of money going out to repay loans, to pay dividends to shareholders, and to make payments to related parties that aren’t at arm’s length.

It could be easily done, because we already have all the information we need to tax onshore what happens onshore.

It would eliminate the messy distinction between capital expenditures, which can’t be deducted straight away, and other expenditures which can be. Everything that went out, for any purpose not exempt, would be immediately subtracted from what came in, and what was left would be taxed at 30%, or 25% if that’s what the government of the day wanted.

It would encourage investment…

It would make new investment - on things such as buildings, equipment, mines and the like - much more attractive. By immediately creating a negative cash flow, it would usually cut the investor’s tax bill to zero straight away.

We would allow companies to trade tax losses with companies making taxable profits, perhaps on the Australian Securities Exchange. Or they could carry forward their losses at the long-term government bond rate to offset against future profits.

…while levelling the financing playing field

For non-financial firms, because neither interest payments nor dividends would be tax deductible, the tax system would no longer favour debt over equity. They would no longer face a tax incentive to borrow instead of seeking out shareholders.

Reduced indebtedness would have advantages for financial efficiency and stability. It might reduce total profits of banks, but by immediately writing off capital expenditures banks could make higher profits per dollar lent.

It could be phased in over 10 years…

We propose phasing in the cashflow tax over 10 years – cutting company tax and lifting the cash flow tax by 3% per year.

Businesses that wanted to could make an irrevocable choice at any time to switch earlier.

…eventually raising an extra A$24 billion per year

Our modelling suggests that if the switch was phased in, the government would take in an extra A$24 billion per year when the transition was complete.

Most of the extra income would come from firms finding there were no longer tax advantages in shifting profits offshore.

If irrevocable switches were allowed, the government could take in up to an extra A$39 billion per year.

These estimates are likely to be conservative: they take no account of the additional capital expenditure that a cashflow tax would stimulate, or of the efficiency gains from replacing the heavily distorting corporate income tax with a non-distorting cashflow tax.

And securing the revenue base

While the Tax Office has been more active recently in clamping down on corporate tax avoidance, Australia’s anti-avoidance measures been ad hoc rather than systemic.

Global digital corporations are adept at using technology fees, management fees and puffed up interest rates for loans to inflate the tax-deductible expenses of their affiliates while declaring the income from those payments in tax havens.

Our proposal would disallow those deductions while allowing immediate total deductions for spending in Australia. Tax obligations wouldn’t be avoided, merely transferred to the Australian entity that provided the goods or services.

Our proposal was presented to a group of economists for feedback and reactions at the Melbourne Economic Forum on December 10.

They discussed the risk that multinational corporations such as digital companies and global fast-food chains would pull out of Australia if their opportunities for profit shifting to tax havens were closed down.

The general view was that they would stay in Australia because they could still earn rents (profits in excess of those necessary to encourage investment) from their Australian operations. The difference is that these rents would no longer be sheltered from Australian taxation. The Tax Office is already challenging the use of marketing hubs used by resource companies, which the cashflow tax would do in a more systematic way.