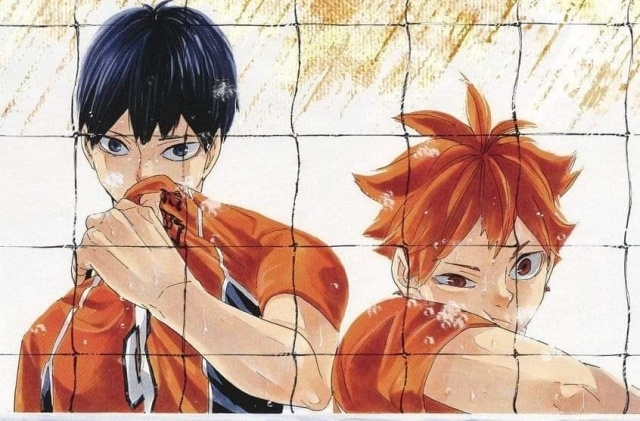 “Haikyuu” chapter 402 is coming up next but this may not be good news for the fans because this was confirmed to be the final chapter. The manga series is concluding as the game between the MSBY Black Jackals and Schweiden Adlers comes to a close.

The end of the manga series announced

As per Monsters and Critics, the leaked scans of the upcoming chapter showed that the manga will end in the 33rd issue of Weekly Shonen Jump magazine. It was added that while Haruichi Furudate, the series’ creator, did not indicate the number of chapters he intends to do with “Haikyuu,” it was suddenly announced that the story will only run until this month of July.

It was also mentioned that all-in-all, the entire series contains 45 volumes. It is uncertain if Furudate is planning to launch another cour since “Haikyuu” has a lot of followers.

The game between the Black Jackals and the Adlers finally ended after an intense four-set game in “Haikyuu” chapter 401. Hinata led his team well and they were able to grab the win by scoring 26 against Kageyama’s team’s 24 points.

Hinata showed all his skills and displayed amazing skills that Kageyama acknowledged. Of course, he also got help from fellow players like Miya who also did their best to maintain their lead. This is Hinata’s debut game and his former teammate and now rival Kageyama is proud of him for successfully making it to the pro-game.

Kageyama and Hinata have been counting their wins and losses since high school, so after winning, the former told the latter that he now has 1096 victories and 1100 losses. The duo belongs to a different team but at the Tokyo 2020 Olympics, Hinata Shoyo and Kageyama Tobio were recruited to be part of the Japanese team and fans can’t contain their happiness.

Spoilers - What to expect in the finale

In the upcoming finale which is “Haikyuu” chapter 402, fans will see Hinata and Kageyama play side by side again as they enter the international court to represent Japan. It is predicted that their combined power will give their country the gold medal that every team is aiming for.

Also, other great players such as Sakusa, Miya, Bokuto and Hoshiumi may play with Kageyama and Hinata at the Olympics. As for Romero, he might not be included in the international games yet but he is likely to play for his home team.

“Haikyuu” chapter 402 is coming this July 19, as per VIZ Media. Raw scans may already be available starting July 17.