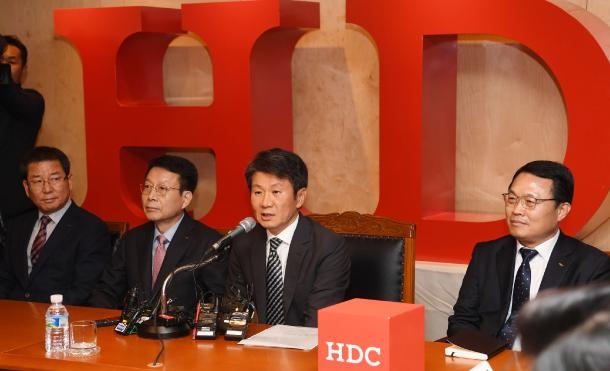 HDC asked to renegotiate the acquisition terms due to the unexpected impact of the health crisis.

Hyundai Development Co. (HDC) has proceeded to renegotiate acquisition terms with Asiana Airlines Inc.'s creditors after receiving approvals from all regulators for its takeover.

Russia was the last to approve the takeover, after Kazakhstan, Uzbekistan, the United States, Turkey, China, and South Korea.

In December, the HDC-Mirae Asset Daewoo consortium signed to acquire for 2.5 trillion won the 30.77 percent stake of Kumho Industrial Co., new shares to be issued, and Asiana's six affiliates.

The completion of the acquisition was planned by June 27.

But the pandemic kept the HDC-led consortium to proceed with the proposed deal.

Consequently, HDC asked to renegotiate the acquisition terms due to the unexpected impact of the health crisis and Asiana's snowballing debts damaging the carrier's acquisition value.

The two firms are now required to wrap up the takeover by Dec. 27.

Asiana's net losses for the first quarter ballooned to 683.26 billion won from 89.18 billion won last year after it was forced to suspend most of its international flights due to entry restrictions.