Greeks are overworked and exhausted from the debt crisis 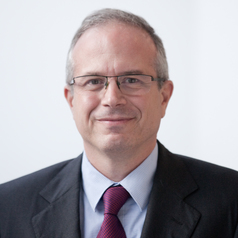 The OECD think tank recently announced its Average Annual Hours Actually Worked per Worker survey. Contrary to popular belief, Greek workers are once again at the top of the list. With 2,046 hours a year, the average Greek worker spent nearly 50% more time at work than the average German worker (1,371 hours). Meanwhile, the earnings of private employees in Greece have declined by 25%, with the country’s GDP per capita now nearly half that of Germany’s.

Yet things are only getting worse and Greeks are – understandably – losing hope. The country is in desperate need of a government that will take responsibility for its bloated public sector. Instead, it continues mismanaging the economy and placing the blame for Greece’s problems elsewhere. After eight torturous years in crisis, employed Greeks work long and hard with very little to show for it in their take-home pay.

To have a sense of how bad things are at the moment, many Greeks find themselves celebrating simply getting paid at the end of the month; it is frequently the case that employers owe their staff several months’ of wages in arrears. Those that do get paid are burdened with steep taxes which have been introduced to prop up the country’s failing public finances. And payments go into a failing pensions system which they feel is unlikely to serve them in the future. Consequently, a number of Greeks are financially exhausted and unable to pay their taxes, leaving the government with a €94 billion hole in its tax revenues.

If there were some light at the end of the tunnel, perhaps more Greeks would be able to cope, but depression and suicides are on the rise. Greece started 2017 with a barrage of new taxes and a high probability that new financial pressures will be placed on them, to secure the country’s next loan payment from its international creditors. Meanwhile, capital controls are still in place at Greek banks, limiting the amount of money people can withdraw – an indication of how little the government trusts its people and how little people trust their government.

Many will have friends with similar skills who have moved abroad, getting paid significantly more and, more importantly, being treated by their host countries with more respect. In fact, it is estimated that around 500,000 professionals have already left with many more actively searching to follow in their footsteps.

While Greece prides itself on having a culture that supports education, its current brain drain is stripping it of the valuable human resources it needs to rebuild its economy. Even the high-tech start-ups that have sprung up cannot find as many qualified programmers as they used to, since many have left the country. It is not uncommon for those who have remained to work remotely on projects for foreign clients, invoicing through foreign-based companies. In this manner, they bypass the Greek public monster that has devoured companies on its rampage.

In need of an overhaul

The only solution is an overhaul of the bloated public system that employs one in four Greeks. The alternative is to continue with an inefficient system that does not foster entrepreneurship and kills productivity. The hopeless Greeks that remain will be easily convinced that everything is the fault of foreign lenders that push for more austerity measures.

The result is that an increasing number of people support the idea that entering the euro was a bad choice. It makes a favourable environment for the politicians that have failed to restructure the public sector and may want to cultivate the country’s exit from the currency.

But this would be jumping out of the frying pan and into the fire. While going back to the drachma would potentially render the economy more competitive, away from the known structural flaws of the euro, competitiveness would be achieved by further depreciating people’s salaries.

Any change in the currency would extend the current problem of maintaining an expensive and inefficient public sector as it would enable irresponsible politicians to finance any deficit as they did in the past: by printing inflationary currency. Further, the increased currency risk would add another burden to the much-needed exporting firms, while the country’s debt would still remain in euros.

As the current government celebrates two years in power, Greece is in desperate need of politicians that are willing to create a modern and efficient state, no matter what the currency. The current and previous governments have preferred to take care of their own cronies and have been unwilling to modernise. And the country’s overworked and exhausted workers (not to mention the 23% of the population that is unemployed) could be surprised by how things can get even worse if they keep electing irresponsible politicians.

Vasilios Theoharakis is a member of the Investment Committee of the PJ Tech Catalyst Fund, a venture capital fund that invests in seed stage start-up companies in Greece.