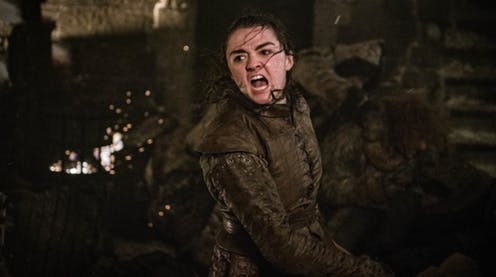 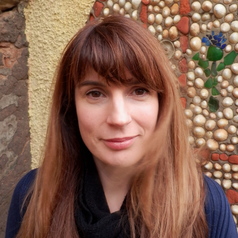 The climactic ending to the most recent episode of Game of Thrones, in which Arya Stark appears in the very nick of time to perform an admirably gymnastic assassination of the Night King, just as he is about to bring an end to the world of humans, has set the internet buzzing both with delighted and disgruntled fans.

Some fans referred to her as a “Mary Sue” – an idealised female character, a fiction within a fiction, who appears as a device to fulfil a plot line – on social media the day after episode three. But having survived seven series in which she honed her skills as a killer, this is surely absurd. There are also many who expressed disappointment that Jon Snow – the male hero – wasn’t given the chance to face off against the zombie leader of the undead hordes.

But Arya’s role in this scene challenged convention, as all good fiction surely should.

From a historian’s perspective, Arya’s transition from rebellious teen girl to implacable assassin inevitably provokes reflection on the representation of women who committed violent acts in the past – and the origins of very strongly gendered ideas which persist about them.

The idea of women acting as trained assassins was not a prevalent one in the medieval period. Political murder was certainly not new, but devoting oneself to it as a vocation is usually associated with the development of the Nizari sect led by Hasan-i Sabbah in the early 12th century, later referred to as “assassins”.

When women were accused of involvement in targeted murder during this period, their crimes seldom involved engaging in physical violence personally. Women were more likely to be accused of attempting murder via less direct methods viewed as suitable to their gender – poisoning, as in the case of Lucretia Borgia – or even witchcraft, as happened to Joan of Arc when the English were looking for an excuse to burn her for taking up arms against them.

Biblical parallels could be drawn with women who employed their femininity to commit “justified” murder, such as Judith’s decapitation of Holofernes or Jael – who killed Sisera, the Canaanite general, with a tent peg. Both acts involved seduction, deception and killing a victim while they slept, thereby conforming to the ideas which made physical violence “unsuitable” for women. 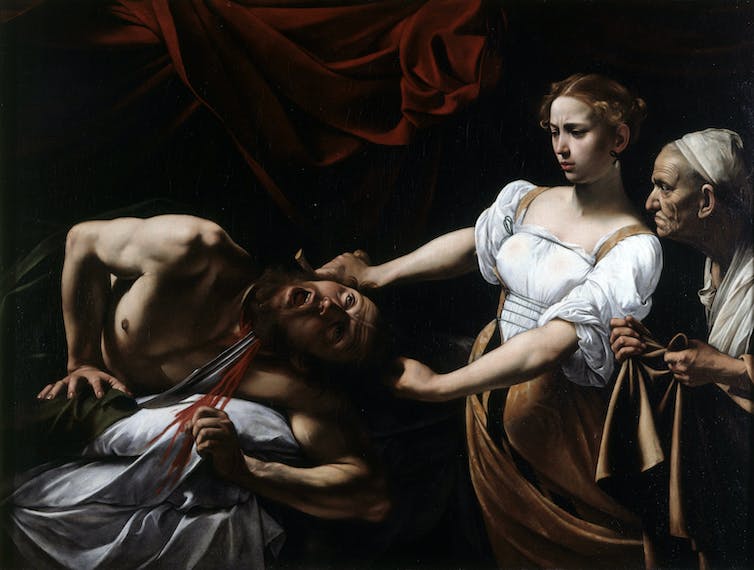 Powerful and aggressive female assassins loom much larger in modern media culture, but these again tend to be highly sexualised characters. Recent depictions such as Nikita, the “Bride” from Tarantino’s Kill Bill trilogy, or Black Widow of the Avengers present sympathetic characters who are assassins by default. They’ve been brutalised into acting against their feminine nature yet are also emotionally vulnerable and sexually attractive.

Possibly the most interesting portrayal came from the BBC’s recent series starring Jodie Comer and Sandra Oh, Killing Eve, which featured Villanelle as a psychopathic yet also charismatic character who clearly enjoyed her work. But compelling sexual attraction for both men and women still clearly played a major part in her portrayal.

In some respects, Arya Stark fares well by comparison. She too was motivated by revenge, but chose to join the “Faceless Men” – a religious cult of assassins serving the Many-Faced God. After enduring brutal and dehumanising training, she rebelled once again, leaving them in order to retrieve her identity and return home.

In episode three of the current series, she defeats the Night King by using the skills gained during that training, rather than using her feminine charms – not that these would have much effect on an icy, death-obsessed zombie, to be fair.

But the decision of the editors to reintroduce vulnerability to Arya’s character at this stage was important. After becoming a hardened assassin, her return home could be seen as having a weakening effect, rendering her less deadly and more human, as she renews family relationships and explores her growing feelings for Gendry, the bastard son of an earlier king whose death in series one started the whole bloody civil war in Westeros.

To the show’s credit, Arya also survived her decision to have sex – though in horror movie tradition this would be a clear indicator of impending death. But her inability to control her fear when chased through the corridors of Winterfell by an army of the dead did suggest she might have had lost the composure ingrained by her training.

A strong “redemptive” element element ran through the whole of episode three, with Jorah Mormont dying for Daenerys Targaryen, the queen he betrayed, and Theon Greyjoy sacrificing himself for Bran Stark, another case of a flawed character coming good after doing wrong. The red priestess Melisandre – who was herself in need of redemption for her wrongful use of “black magic” in series past – restores Arya to her true purpose and the fulfilment of her training when she goes to fight the Night King, fighting for life instead of death.

As a result, Arya – with the help of an excellent performance by Maisie Williams – comes across as a more complex and genuine character. She exhibits flaws and regrets that preclude her relegation to the “Mary Sue” category while diverging from more two-dimensional femme-fatale models.

Any final evaluation, however, must depend on how Arya’s story – and those of the other significant cast members who survived this week’s cull – unfolds in the remainder of the series.