FxWirePro: US oil edges lower after a minor jump above $58, dip till $56 likely 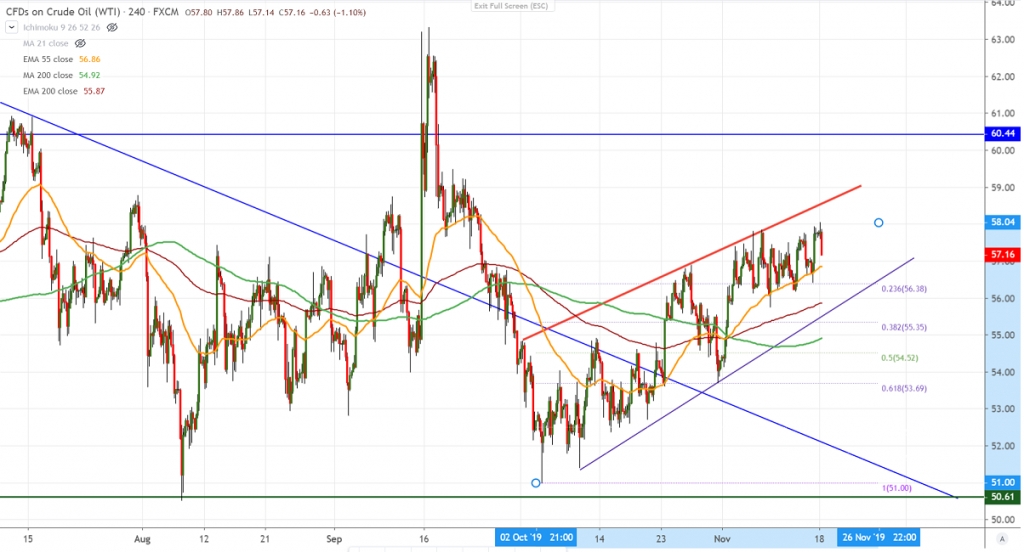 WTI crude oil has started this week in a positive note and shown a minor jump above $58 level. The commodity declined more than 80 cents after hitting a high of $58.04 level. Overall it was trading slightly on the higher side for past 1-week on hopes of US-China trade deal.

The decline in Saudi exports and jump in US crude oil production is putting pressure on oil prices at higher levels. Technically, major resistance to be watched is $58.50 and any close above trend line confirms bullish continuation, a jump till $60.50/$62.