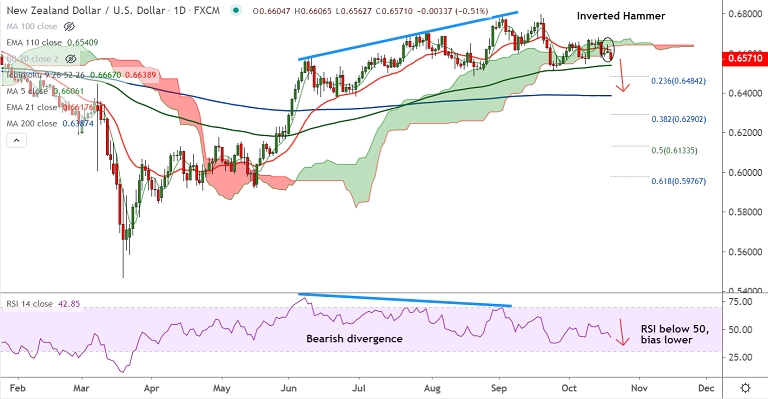 The Chinese central bank left the rates unchanged at 3.85% for the sixth straight month in October as widely expected.

Bearish comments by the RBNZ Governor Adrian Orr on Monday keep pressure on the kiwi. Orr said that the RBNZ has plenty of room left in its QE program.

He noted that RBNZ is aware of asset price inflation and that they would prefer to deal with inflation than battle deflation.

Technical bias for the pair is bearish. NZD/USD is on track to test immediate support at 110-EMA at 0.6540.