FxWirePro: Gold trades weak as US dollar strengthens after US Fed, good to sell below $1900 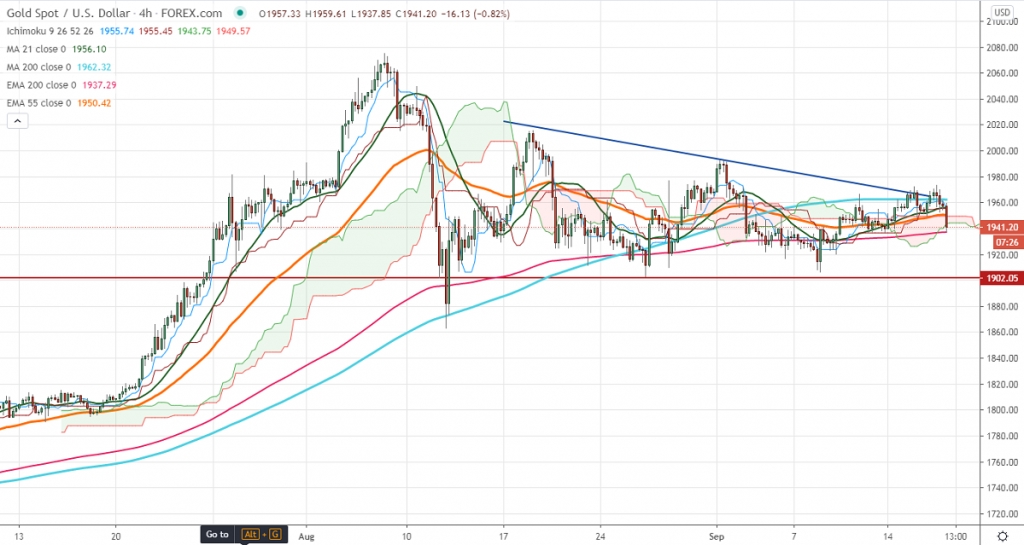 The gold has declined sharply  $30 after not dovish Fed policy. The Fed has kept its rates unchanged and pledges to keep rates on hold till 2023 unless inflation exceeds 2%.  US dollar index surged nearly 80 pips, any violation above 94 confirms bullish continuation. It hits an intraday low of $1938 and is currently trading around $1940.04.