FxWirePro:GBP/NZD falls below 1.9450 as COVID, Brexit move back into focus 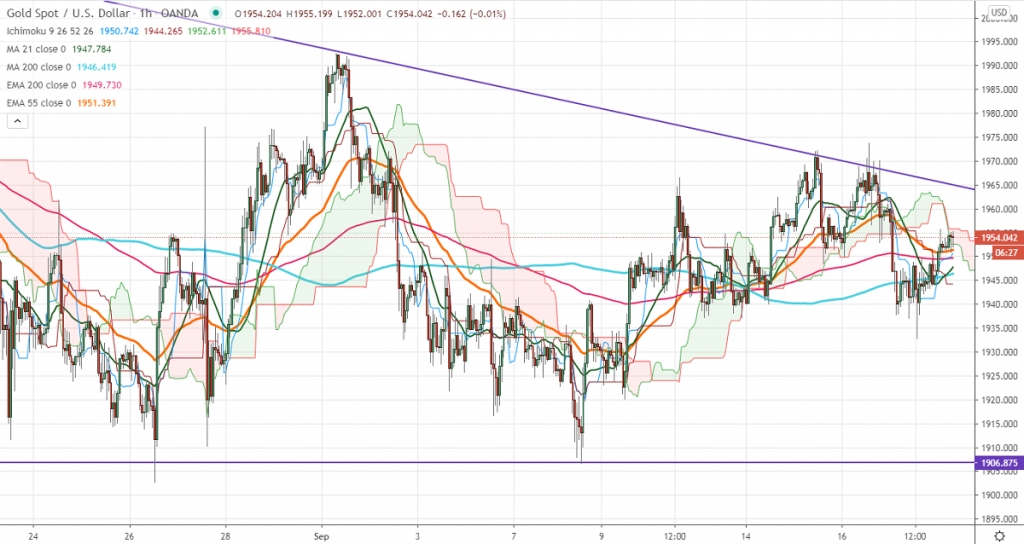 The gold has shown a minor recovery of more than $20 from a low of $1932 on the weak US dollar. The US economic data came mixed with positive jobless claims and weak housing data. The number of people who filed for unemployment benefits declined by 33000 to 86000 in the week ended Sep 12th. The housing starts and building permits came much weak than the estimate. US dollar index continues to trade weak and any violation below 92.70 will drag till 92.40/91.50. It hits an intraday high of $1955 and is currently trading around $1952.53.