FxWirePro: AUD/JPY edges higher from session lows, on track to test 200-DMA at 72.09 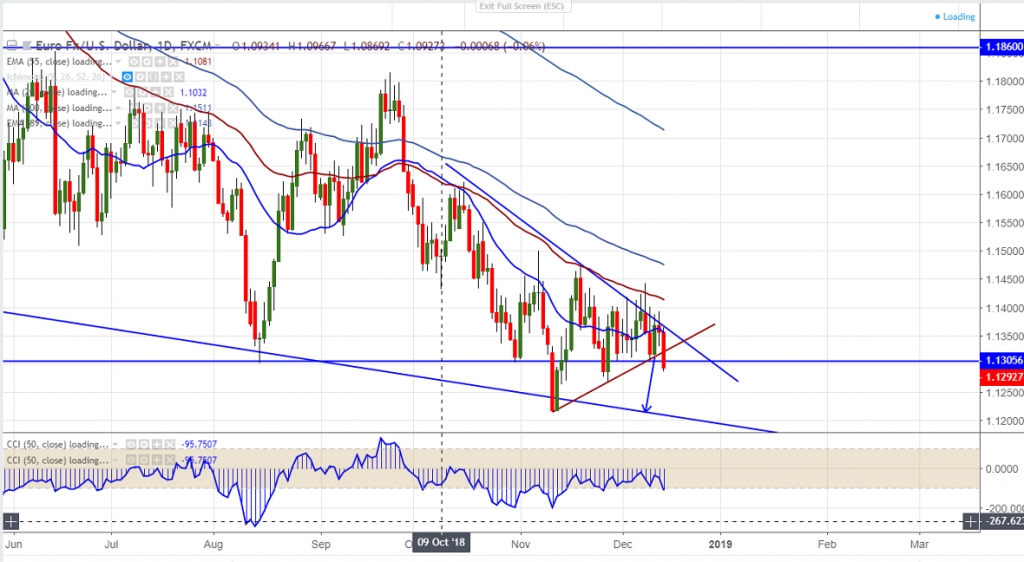 EUR/USD has once again declined sharply after a a jump till 1.13933 level. ECB has kept its interest rates unchanged and confirmed that they will end QE at end of the month. They will be reinvesting the redemption. ECB President was sightly pessimistic and has downgraded growth and inflation. Italy has agreed to European Commission and has reduced budget deficit to 2.04% from 2.4%. The spread between Italy and German yield declined to 270 basis point from 330. The pair was trading lower weaker than expected Eurozone PMI data.after It is currently trading around 1.13790.