FxWirePro: EUR/AUD close below key fibo adds to the bearish bias, good to sell on rally

FxWirePro- USDCAD trades above 1.2800 on risk aversion, good to buy on dips

FxWirePro: AUD/USD opens the week on a bearish note, breach below 200-week MA to plummet prices 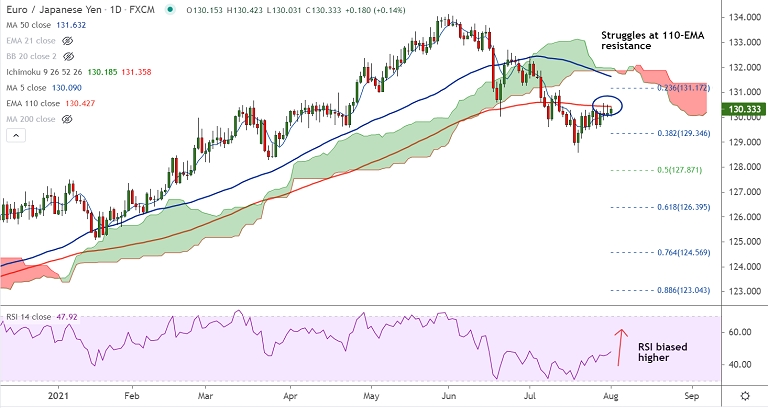 German retail sales rose 4.2% on the month in real terms after an upwardly revised jump of 4.6% in May, beating forecasts at 2.0% by a large margin.

According to the latest data released by Markit, eurozone July final manufacturing PMI printed at 62.8 vs 62.6 in the preliminary reading.

However, there is lingering risk that the ongoing spread of the Delta variant could further delay the recovery, hence keeping upside limited.

- Momentum studies are bullish, Stochs and RSI are biased higher