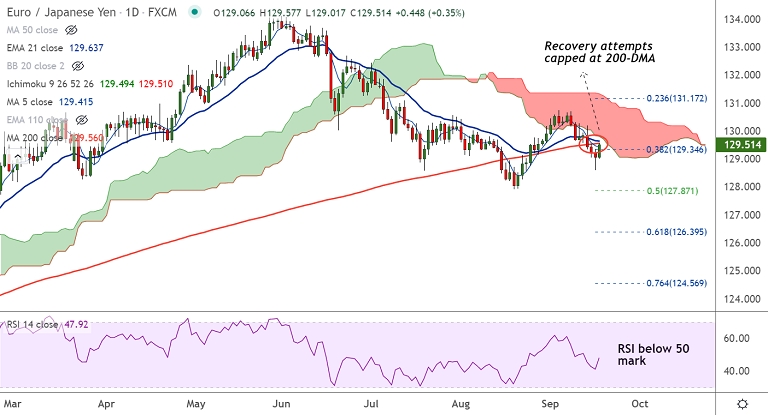 According to data published bt Eurostat, Eurozone final CPI for August came in at 3% on a yearly basis, matching flash estimate and consensus.

On a monthly basis, the bloc’s CPI printed at 0.4%, while the core CPI numbers came in at 0.3%, both meeting market expectations.

- Price action is below cloud and major moving averages

- Momentum remains bearish, RSI is below the 50 mark

Summary: EUR/JPY was trading shy of 200-DMA, retrace above will negate any further downside. Rejection at 200-DMA will see downside resumption.